Gamers lead the way to up wallstreet, Gamers did what communists failed. 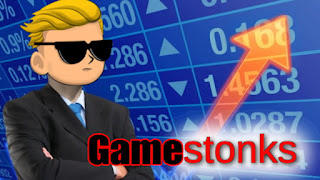