Which iPhone is best for you? iPhone SE, iPhone 6S, iPhone 7, iPhone 6S Plus or iPhone 7 Plus? 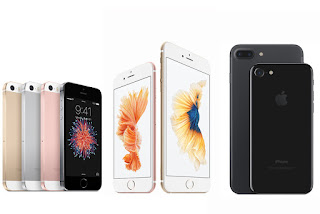 There is plenty of choice when it comes to smartphones, almost too much in fact. Chances are if you are reading this feature however, you have at least narrowed your options down to the iPhone.
So as you have discarded Android, Windows Phone and BlackBerry, as well as the other lesser-known options in favour of Apple, we are here to help you decide which iPhone is best for you. 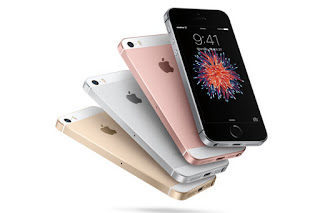 The Apple iPhone SE is the cheapest way to get your hands on an iPhone, despite being one of the newest in the line-up. It succeeds the iPhone 5S and like its predecessor, it will be the perfect device for some because its smaller size has the potential to make it a more practical option.
The iPhone SE has a 4-inch Retina display with a 1136 x 640 pixel resolution making it quite a bit smaller than its siblings. It measures 123.8 x 58.6 x 7.6mm and it weighs just 113g so it's the smallest and lightest iPhone available.
Storage wise, there are 16GB and 64GB models available. This is something to consider if you take a lot of snaps or download a lot of apps. Colour options are silver, space grey, gold and rose gold, while the battery life is claimed to offer up to 14 hours talk time.
You'll find an 12-megapixel rear camera with all same features as last year's iPhone 6S including 4K video recording, a True Tone flash and Live Photos. The front-facing camera has a lower resolution than the iPhone 6S at 1.2-megapixels but it does offer the Retina flash like the iPhone 6S. Touch ID and NFC are also both on board the iPhone SE meaning Apple Pay support, something which the replaced iPhone 5S didn't offer.
The iPhone SE might be small but it is powerful with the A9 chip under the hood along with the M9 co-processor which is the element that allows your phone to act as a step tracker, among other things. In a nutshell, the iPhone SE is a smaller and more compact version of the iPhone 6S with a slightly different design and a few missing features.
WHY BUY?
The iPhone SE is the perfect iPhone for those that want a smaller, cheaper iPhone and for those that aren't interested in the larger models.
You get many of latest features and some powerful specs, but in a smaller and more compact format. It's the iPhone to buy if you want to stay small but still want a great camera and good hardware. 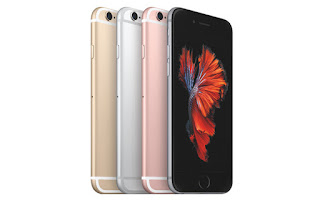 The Apple iPhone 6S is the successor to the iPhone 6 with an almost identical design but it brings in more powerful specs and a few additional features. You'll still find a 4.7-inch display with a 1334 x 750 pixel resolution so you'll get much of the same experience as 2014's iPhone 6 offered, but the iPhone 6S introduces a technology called 3D Touch.
In terms of build, the iPhone 6S is ever so slightly larger and heavier than theiPhone 6 measuring 138.3 x 67.1 x 7.1mm and hitting the scales at 143g, but you get a faster processor than the predecessor in the A9 and embedded M9 motion co processor. Storage options have changed since the launch of the latest flagship, with 32GB and 128GB models available.
It comes in four colours like the iPhone SE, including rose gold, gold, space grey and silver. Battery remains the same as the iPhone 6 but the iPhone 6S sees the addition of a couple of other features including Touch ID.
It's the camera capabilities that see one of the biggest differences between theiPhone 6 and the iPhone 6S though. This iPhone sports the 12-megapixel rear snapper like the iPhone SE, but it ups the front-facing snapper to 5-megapixels. There is also a feature called Live Photos on board and support for 4K video recording too, like the smaller iPhone SE.
If you want the a larger, powerful iPhone but you aren't looking for a phablet or the latest model, the 6S is a great option. It has some powerful specs, even if not the latest, in a slim, premium design.
WHY BUY?
The iPhone 6S is last year's flagship iPhone so it is a little cheaper than the latest model, while still offering some great features and power.
It's the model for those that aren't after the latest and greatest specs or most recent features but those that want a great iPhone with a display that sits in the middle of the smallest and largest. 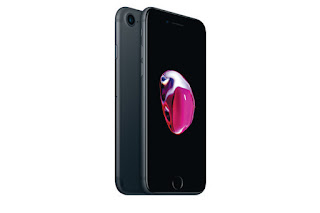 The Apple iPhone 7 is the company's newest device, making it the latest iPhone flagship, alongside its bigger brother the iPhone 7 Plus. The standard model features a 4.7-inch Retina display with 3D Touch and improved brightness, and the device as a whole offers a similar design to the iPhone 6S but it makes a few refinements here and there.
For starters, the antenna strips across the rear have moved to just the top and bottom of the device, resulting in a cleaner look, while Apple has also said goodbye to the headphone jack, replacing it with stereo speakers. The iPhone 7 is a little lighter than the iPhone 6S at 138g, but measurements remain the same at 138.3 x 67.1 x 7.1mm.
The iPhone 7 comes in five colours comprising jet black, black, rose gold, gold and silver, meaning it ditches the space grey. It comes in storage options of 32GB, 128GB and 256GB and it adds IP67 waterproofing to the mix. In terms of power, the iPhone 7 sees a new chip, called the A10 Fusion with embedded M10 motion co processor, and its battery is claimed to class two hours longer than the iPhone 6S.
The latest iPhone also introduces a new camera to the party. The rear sees a 12-megapixel sensor with an aperture of f/1.8, while the front benefits from a 7-megapixel snapper with an aperture of f/2.2. On the rear, Apple has added optical image stabilisation, along with a Quad-LED True Tone flash, while the front sees auto image stabilisation.
If you want everything the iPhone 6S offers and more, the iPhone 7 is where it is at.
WHY BUY?
The iPhone 7 is Apple's latest and greatest iPhone, sporting a new camera, better battery, refined design and waterproofing.
It doesn't feature everything Apple has to offer, as that's in the iPhone 7 Plus, but it's as close as you'll get without going big. 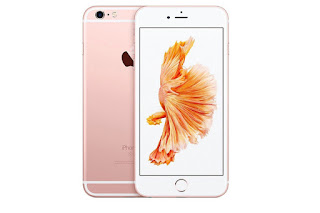 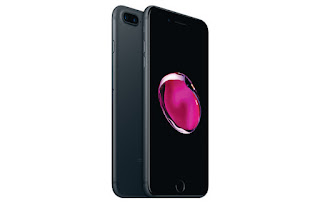 The iPhone 7 Plus is the second of the options for those that want an Applephablet, and the second of the two newest Apple devices available. It measures the same as the iPhone 6S Plus, but it is lighter at 188g and it comes with a few refinements, like the iPhone 7, along with a few new features.
Like the smaller model, the iPhone 7 Plus sees a cleaner rear thanks to the move of the antenna bands. It also loses the headphone jack, introduces stereo speakers and adds IP67 water and dust resistance to its slim, metal body. The iPhone 7 Plus is available in the same colour and storage options as the iPhone 7 meaning jet black, black, rose gold, gold and silver, with 32GB, 128GB and 256GB models. It's worth noting the jet black model only comes in the latter two storage options.
The iPhone 7 Plus has the A10 Fusion processor with embedded M10 motion coprocessor under its hood, but it is claimed to have a battery life of up to two more hours than the iPhone 6S Plus. Like its predecessor, it has a 5.5-inch Retina display with a Full HD resolution, but Apple has made the new device's display brighter, matching the smaller iPhone 7.
Apple's latest and greatest phablet's most differentiating feature is its rear camera though. Unlike the iPhone 7 that shares many of the same specs, the iPhone 7 Plus has a dual-camera setup on the back. Two 12-megapixel sensors are on board, one a wide-angle lens, the other a telephoto lens, allowing the iPhone 7 Plus to offer better zoom functionality and the potential for bokeh images in the future.
The iPhone 7 Plus is the biggest, most feature-rich iPhone there is available. It's also the most expensive.
WHY BUY?
The iPhone 7 Plus has the latest and greatest specs, coupled with its own features that aren't available on other iPhones in terms of the camera.
It is the iPhone for those that want everything Apple has to offer, in a larger handset.
at September 10, 2016
Email ThisBlogThis!Share to TwitterShare to FacebookShare to Pinterest