7 Reasons the Best Employees Quit, Even When They Like Their Job

To win at being the best company, you must first win over your best employees. 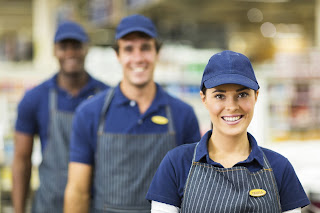 Losing a great employee is a terrible thing. There's the expense of finding, onboarding, and training a replacement. There's the uncertainty of how a new employee will work out. There's the hardship on the rest of your staff until the position can be filled.
Sometimes there's a solid reason--the person was a bad fit for the team, or moved away for personal reasons, or was offered an opportunity too great to pass up. In those cases, even if it's a difficult transition, it feels fundamentally right.
But what about the rest?
Keeping your best employees starts with understanding why people leave. Here are seven of the top reasons:

People don't want to think they're locked into a groove and will come to the same place and do the same thing every day for the next 20 or 40 years. People want to feel that they're still moving forward and growing in their professional life. They want to have something to aspire to. If there's no career ladder or structure for advancement, they know they'll need to seek it somewhere else. In the meantime, they're far more likely to be bored, unhappy, and resentful--things that affect performance and the entire team's morale.

Some periods of stress and feeling overwhelmed come with most jobs, but nothing burns out great employees faster than overwork. And often it's the best employees--the most capable and committed, your most trusted--you overload the most. If they find themselves constantly taking on more and more, especially in the absence of recognition such as promotions and raises, they come to feel they're being taken advantage of. And who could blame them? You'd feel the same.

There's nothing more frustrating than a workplace filled with visions and big dreams, but no translation of those aspirations into the strategic goals that make them achievable. Without that connection, it's all just talk. What talented person wants to spend his or her time and energy in support of something undefined? People like to know that they're working to create something, not just spinning their wheels.

When an organization values its bottom line more than its people, the best people go elsewhere, leaving behind those who are too mediocre or apathetic to find a better position. The result is a culture of underperformance, low morale, and even disciplinary issues. Of course, things like profit, output, pleasing stakeholders, and productivity are important--but success ultimately depends on the people who do the work.

Even the most selfless people want to be recognized and rewarded for a job well done. It is part of who we are as human beings. When you fail to recognize employees, you're not only failing to motivate them but also missing out on the most effective way to reinforce great performance. Even if you don't have the budget for raises or bonuses, there are lots of low-cost ways to provide recognition--and a word of appreciation is free. People won't care if they don't feel noticed.

Your employees have a vantage point for viewing your behavior and weigh it against your commitments. If they see you dealing unethically with vendors, lying to stakeholders, cheating clients, or failing to keep your word, the best and most principled of them will leave. The rest, even worse, will stay behind and follow your lead.

Every workplace needs structure and leadership, but a rigidly top-down organization makes for unhappy employees. If your best performers know they're expected to produce without contributing their ideas, if they're not empowered to make decisions, if they're constantly having to defer to others on the basis of their title rather than their expertise, they don't have much to be happy about.
Ultimately, many people who leave their job do so because of the boss, not the work or the organization. Ask yourself what you may be doing to drive your best people away, and start making the changes needed to keep them.
at January 20, 2017
Email ThisBlogThis!Share to TwitterShare to FacebookShare to Pinterest