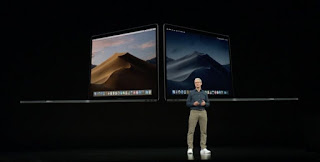 Alongside its new announcements of the iPhone XS, iPhone XS Max, iPhone XR, and Apple Watch Series 4, Apple has also announced the release date of the macOS Mojave operating system for select MacBooks and iMacs. The company mentioned that users will be able to update to the new operating system starting 24 September 2018.

For those who are not aware, macOS Mojave was first announced in June this year during Apple’s WWDC 2018 keynote. Not long after, the first public beta was made available for consumers. Prior to Mojave, the previous version of Apple’s macOS was called “High Sierra.” MacOS Mojave was named after a desert in southeastern California. 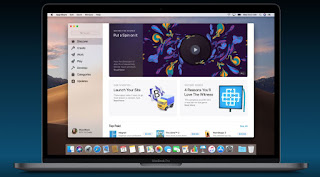 That aside, key features that will be introduced with macOS Mojave include a feature called “Dark Mode.” As its name implies, Dark Mode will basically darken the user interface such as the window, dock, and taskbar. Another cool feature being implemented on macOS Mojave is “Dynamic Desktop” which will change the desktop’s wallpaper based on the time of day.
Power users (and those who are just plain lazy) will find the new “Stacks” feature useful as well, because it allows for desktop items to be arranged in… well, stacks. This ensures that files and folders are neatly arranged and categorised. Finally, the Mac App Store in macOS Mojave has also been redesigned to give a more “accessible” and user friendly aesthetic.  The full list of key features that’ll come with macOS Mojave can be found here. 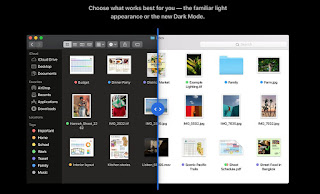 The specific time of the local rollout for macOS Mojave was not announced by Apple, but Malaysian consumers can expect the update to be readily available the next day, on 25 September 2018.
at September 13, 2018
Email ThisBlogThis!Share to TwitterShare to FacebookShare to Pinterest