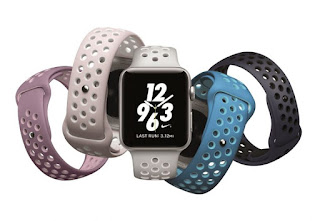 Aside from iPhone 7, iPhone 7 Plus, iPhone 8, and iPhone 8 Plus, Apple has also updated the prices for Apple Watch Series 3 in Malaysia. Once again, this took place right after the company unveiled Apple Watch Series 4 at Cupertino earlier today. 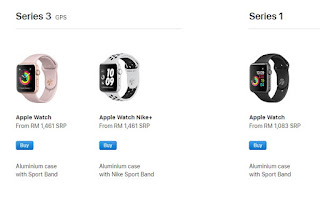 Previously, the Apple Watch Series 3 was listed at RM 1461 for the 38mm model while the bigger 42mm was priced at RM 1602. Now, the watch is being listed on Apple Malaysia’s website at RM 1229 and RM 1379 respectively 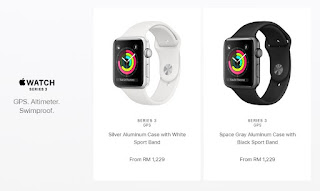 at September 13, 2018
Email ThisBlogThis!Share to TwitterShare to FacebookShare to Pinterest