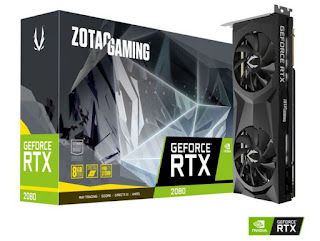 As all of the custom-cooled versions of NVIDIA’s GeForce RTX 2080 and GeForce RTX 2080 Ti graphics cards begin rolling out in the country, it goes without saying that Malaysian PC gamers are spoilt for choice. To that end, we thought we’d share the full RTX 2080 and RTX 2080 Ti graphics cards lineup of each individual brand manufacturer. Starting with Zotac and its Zotac Gaming sub-brand.


Below are the brand’s GeForce RTX 2080 and RTX 2080 Ti SKUs that will be available in Malaysia, along with their respective retail price: 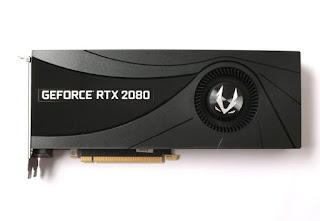 Starting with the RTX 2080 lineup first; the Zotac Gaming GeForce RTX 2080 Blower is a card which, as its namesake implies, employs a single fan blower-style cooling solution. The design of the card is clean and blocky, while the back of the card is enforced with a brushed aluminium backplate (with a cutout exposing the position of the card’s GPU). Specs-wise, the card’s 8GB GDDR6 GPU has a boost clock of 1710MHz.
Next in line is the brand’s Twin Fan variant of the RTX 2080. This particular graphics card features a dual fan cooling solution with a vastly different and new design. Much like its Pascal predecessors, however, this card can take full advantage of Zotac’s Active Fan Control technology. Additionally, it’s one of the cards that comes Zotac’s Spectra RGB lighting system. In terms of speed, this card has a boost clockspeed of 1770MHz. 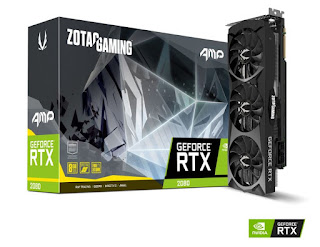 The third variant of the RTX 2080 gets Zotac’s premium Amp edition treatment. Featuring the company’s signature three-fan cooling solution and massive heatsink that extends beyond the PCB’s full length, the RTX 2080 Amp sports a boost clock of 1830MHz out of the box. Like the Twin Fan variant, the card also comes with support for Active Fan Control and Spectra RGB. 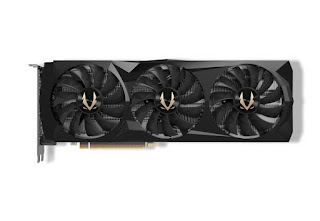 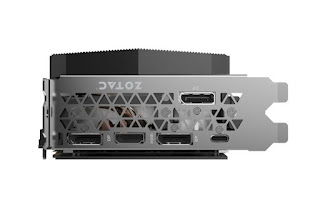 On another note, we think its important to point out that the PCBs being used by Zotac -and by extension, the other brand manufacturers at this point – to manufacturer their RTX 2080 and RTX 2080 Ti cards are the same reference PCBs issued out by NVIDIA. On that note, a source close to us did tell us that Zotac would be releasing its second generation RTX series graphics cards with custom-made PCBs. Sometime within the month of October.
All of Zotac Gaming GeForce RTX 2080 models listed above are already available for purchase. Either via authorised resellers or through NVIDIA’s official Lazada Store. The Zotac Gaming RTX 2080 Ti variants will only be available for purchase in Malaysia starting tomorrow, due to a delay that was instituted by NVIDIA a week ago.
at September 27, 2018
Email ThisBlogThis!Share to TwitterShare to FacebookShare to Pinterest