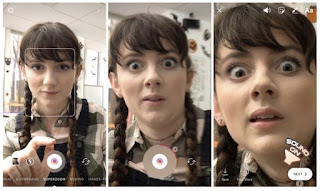 Last Year, Instagram added a new feature called Superzoom that let you dramatise even the most trivial of things in life. Now, that feature is getting an additional six new effects, so that you can dramatise everything in six new and different ways.


Currently, there are only four effects available – Dramatic, Beats, TV Program and Bounce. When the update lands, there will be six more. The new ones will be Hearts, Paparazzi, Fire, Nope, Bummer and Surprise. Like the old ones, these new Superzoom effects will let you take an overly dramatic three-second video of whatever you’re focusing on.
The effects themselves and their accompanying music are pretty self explanatory in general. That said, there’s some minor overlapping with not only the effects themselves, but also their names. If you’d like to have a look at what the new effects look like, here’s a video of them all – including the older ones – by Matt Navarra. 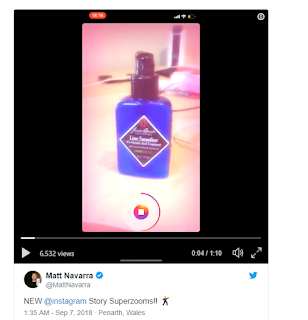 The update is being rolled out in phases, so don’t panic if you haven’t gotten it yet (we haven’t either). According to Mashable, an Instagram spokesperson said the new effects will reach everyone at some point in the future.

at September 11, 2018
Email ThisBlogThis!Share to TwitterShare to FacebookShare to Pinterest