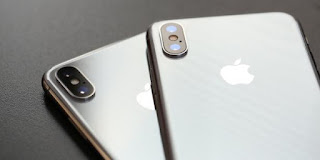 Only a few hours left before tonight’s Apple launch event take place in Cupertino but a leak from its website might have taken some of the limelight away. What made this leak rather interesting is that it originated from Apple’s own website.
It came in the form of product sitemap XML file which listed down all the items that can be purchased from Apple’s website. In general, the listing is nothing out of ordinary but a number of names in the list have seemingly revealed the names of upcoming iPhones that Apple is expected to reveal tonight.

They might sound rather odd at first, so take a deep breath before you proceed. Well, the names of the new iPhones according to the sitemap are apparently iPhone XS, iPhone XS Max, and iPhone XR.
Alongside these names, the sitemap also revealed that the sizes of the new Apple Watch Series 4will be 40mm and 44mm. As a comparison, the existing Apple Watch Series 3 is being offered in 38mm and 42mm sizes.

Not surprisingly, Apple has swiftly removed the sitemap from its site once the news regarding it begin to spread out. Nevertheless, the folks at ATH who discovered it in the first place have already save the file in which you can take further look through the source link below.

at September 12, 2018
Email ThisBlogThis!Share to TwitterShare to FacebookShare to Pinterest