STUDENTS at two South Korean universities are being offering courses that make it mandatory for them to date their classmates as the country battles to reverse one of the lowest birth rates in the world.

Seoul’s Dongguk and Kyung Hee universities say the courses on dating, sex, love and relationships target a generation which is shunning traditional family lives.
Many young people have given up on courtship, wedlock and childbirth because of economic pressures such as housing costs, unemployment and tuition fees.
The steep decline in marriage has given rise to the new term: the sampo generation.
Professor Jang Jae-sook, who founded a “Marriage and Family” course at Dongguk University, said students were being taught how to find the right partner and sustain healthy relationships. 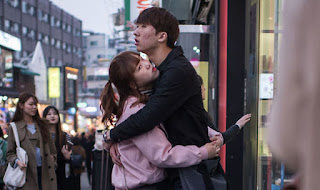 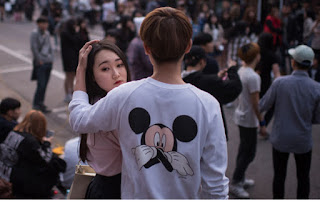 She said: ”Korea's fall in population has made dating and marriage important but young Koreans are too busy these days and clumsy in making new acquaintances.”
And as part of the course, students have to date three classmates for a month each.
Homework includes going on dates and discussing scenarios such as jealousy and conflict.
Ms Jang designed the curriculum to include dating in the belief that learning from real-life experience is as important as studying theory. 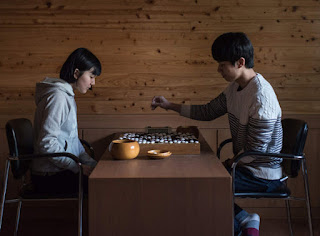 The dating courses cover all aspects of starting and maintaining a relationship
The course has expanded to Kyong Hee university, which offers “Love and Marriage” classes and Inha university in Incheon, a specialist engineering college, where students can now sign up to lessons on prioritising success and love.
In 2016 the number of marriages hit its lowest since 1977, according to data from the government agency Statistics Korea. 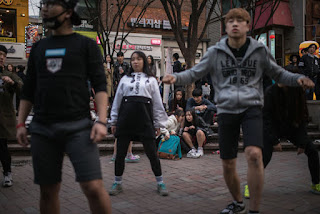 Many South Korean teenagers have given up on the idea of marriage
The crude marriage rate - the annual number of marriages per 1,000 people - was 5.5 last year, compared with 295.1 when statistics began in 1970.
Seoul has spent about £50 billion trying to boost the birth rate.
at September 11, 2018
Email ThisBlogThis!Share to TwitterShare to FacebookShare to Pinterest