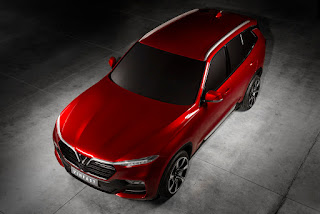 VinFast, Vietnam’s new (and only) automaker, turned to its citizens to decide what its inaugural vehicles should look like. Now, VinFast is sharing the first images of the final product — a sedan and SUV that will debut October 2 at the Paris Motor Show.

The vehicles were officially designed by Italian company Pininfarina, which collaborated with VinFast. Before the design process started in earnest, VinFast took 20 sketches from four Italian car design houses and let the public vote on their favorite in a nationwide poll that attracted 62,000 people. The images below are the ultimate fruits of that early voting on what styling direction VinFast should take. 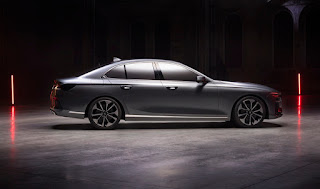 VinFast shows off the first images of its sedan, pictured here, and SUV ahead of the 2018 Paris Motor Show
Both vehicles have a prominent chrome “V” in the center of the grille and LED daytime running lights that create an italicized F-motif. The premium sedan has a long hood and horizontal body lines, while the SUV has a more muscular-looking hood. 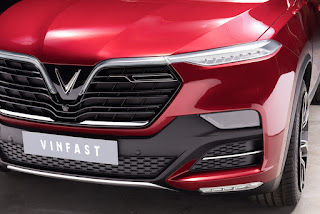 VinFast, a unit of Vietnam’s biggest private conglomerate Vingroup JS, has a bit of General Motors DNA. GM sold its Vietnam operations to VinFast earlier this year. Under the agreement, VinFast took ownership of GM’s Hanoi plant and has distribution rights of GM’s Chevrolet brand in Vietnam.
VinFast, whose CEO Jim DeLuca is a former GM executive, will use the plant to produce its own developed vehicles, in addition to a planned plant in Hai Phong. Construction on the Hai Phong factory began in 2017.
Sales of the sedan and SUV are expected to begin in September 2019. The automaker has plans to produce a range of passenger cars and electric scooters, some of which will be exported to foreign markets in the future.

at September 11, 2018
Email ThisBlogThis!Share to TwitterShare to FacebookShare to Pinterest