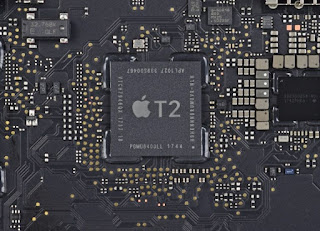 The recently launched Apple MacBook Air 2018 comes with a new chip onboard alongside the Intel processor that powers the laptop, in the form of Apple’s T2 SoC which powers the Touch ID for biometric security. As it turns out, it will also block unauthorized third-party repair from being done on the new device.

This is sort of a known fact given that this very behaviour happened to the previously released MacBook Pro and iMac Pros which contained the same chip. However, it was only recently that the existence of this particular security check was officially confirmed by Apple. 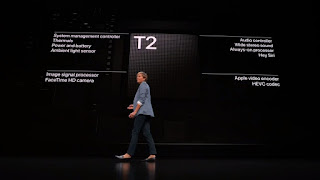 According to the confirmation that the company made to The Verge, this security check is applied to repairs made on some components including logic board and Touch ID sensor. However, the company didn’t reveal the full list of parts or specific Mac models that are subjected to the new policy.
Nevertheless, Apple pointed out that most repairs can be done without the need of custom tool called “Apple Service Toolkit 2 System Configuration Suite” which is used for the security check and only accessible by Apple Stores as well as Authorized Apple Service Providers. 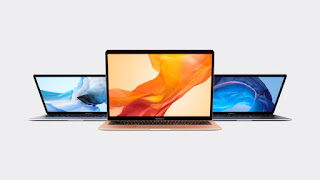 It is understandable why Apple decided to implement the security check though as the T2 chip can help unscrupulous codes to be run from infected third-party components. It also helps to ensure only genuine parts certified by Apple to be installed on customers’ device during a service.
However, some might be concerned this might make self-repair or self-upgrade on Macs much harder than before. It is not known whether this might impact the service charges too but in a price-sensitive market like Malaysia, this is definitely a valid concern as well.
at November 13, 2018
Email ThisBlogThis!Share to TwitterShare to FacebookShare to Pinterest