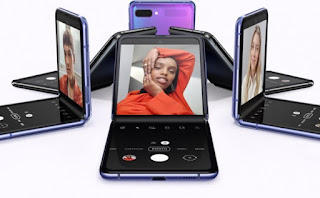 About a year in, foldable smartphones such as the Huawei Mate Xs and Samsung Galaxy Z Fold 2 are still far from the average consumer’s reach. This is mostly due to their premium price range, which is the result of the new innovative technologies that came along with the devices.
However, it is reported that Samsung might be doing something that could potentially help narrowing that gap. According to Display Supply Chain Consultants founder Ross Young, the Korean company may be working on a Lite variant of its Galaxy Z Flip foldable smartphone.

The phone is expected to be more affordable than the original model, despite also retaining the Ultra Thin Glass (UTG) material for its display. It is not known what kind of hardware the Galaxy Z Flip Lite would be equipped with, but it is predicted that Samsung may have to downgrade certain components in order to have it sold at a reduced cost.

For a quick refresher, the original Samsung Galaxy Z Flip features a foldable 6.7-inch display, a Snapdragon 855 Plus chipset, 8GB RAM, 256GB storage, and a battery capacity of 3,300mAh. On its exterior cover is a dual camera setup consisting of a 12MP wide and 12MP ultra-wide, while housed in a punch-hole cutout on its display is a 10MP selfie camera. 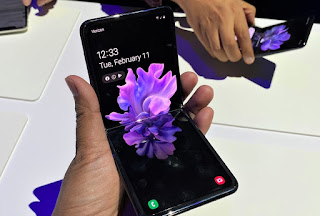 On a separate note, it was rumoured that the company was working on a Galaxy Z Fold Lite prior to this. However, Young noted that the project may have been shelved due to the lack of updates regarding the alleged foldable smartphone.

Although this may sound exciting for those looking forward to owning a seemingly affordable variant of the clamshell-like foldable phone, there’s still a possibility that Samsung may not be developing the Galaxy Z Flip Lite at all. We may have to wait until the company is ready to officially unveil the product sometime in the near future.

at November 22, 2020
Email ThisBlogThis!Share to TwitterShare to FacebookShare to Pinterest
Labels: Samsung