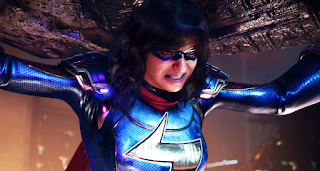 A new report from Square Enix has revealed that the developer’s recently released, poorly received, and Crystal Dynamics-developed Marvel’s Avengers has performed so abysmally that it has, as of yet, failed to recoup the game’s development costs. 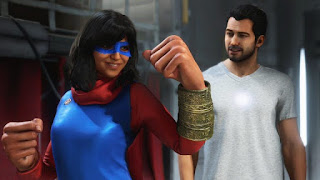 In a November 6th financial results briefing for “the first half of the fiscal year ending March 21, 2021”, Square Enix President and Representative Director Yosuke Matsuda announced to investors that “the HD Games sub-segment posted an operating loss as initial sales of “Marvel’s Avengers” were lower than we had expected and unable to completely offset the amortization of the game’s development costs.”“We hope to make up for slow initial sales by offering ample additional content to grow our sales,” added Matsusa, indicating that the company plans to move forward with their plans for individual character passes and future DLC characters.According to a previous financial report, the poor sales of the Marvel’s Avengers resulted in a loss of roughly $48 million USD for Square Enix, and would have resulted in more monetary pain had the company not released Final Fantasy VII Remake earlier in the year.

Marvel’s Avengers has also been bleeding players, as the game has only had an average of 790 players in the last 30 days, which amounts to a total loss of 300 players since Bounding Into Comics reported on its negative financial impact earlier this month.Interestingly, though unsurprisingly, in response to an investor who asked during a Q&A session whether the company’s HD Games arm would “have turned a profit if sales of “Marvel’s Avengers” had covered the amortization of its development costs”, to which Matsuda admitted that “absent factors associated with “Marvel’s Avengers,” the sub-segment would have been in the black.”Matsuda also admitted that, “In addition to the amortization of that game’s development costs, another significant factor associated with the title was the fact that we undertook a major advertising campaign at the time of its launch to make up for delays in our marketing efforts resulting from the COVID-19 pandemic.”When further pressed on why Marvel’s Avengers resulted in lower than expected sales, Matsuda merely admitted that, despite having “engaged in ample preparations ahead of the launch, […] it is true that there were aspects in which we were wanting.”“We intend to leverage the lessons we learned from this experience in future game development efforts,” assured Matsuda.For the morbidly curious, Marvel’s Avengers is currently available for purchase from multiple retailers for around $30, a price that, though promoted as a ‘Black Friday’ deal, will most likely become the game’s standard MSRP in short order.What do you make of this report? Does it surprise you? Let us know your thoughts on social media or in the comments down below!

at November 25, 2020
Email ThisBlogThis!Share to TwitterShare to FacebookShare to Pinterest