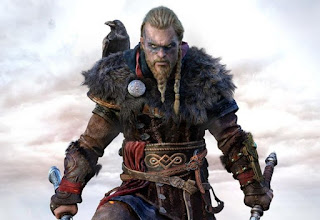 It’s been exactly two years since Ubisoft launched Assassin’s Creed Odyssey and left me with both equal amounts of awe, Greek tragedy, combat, and some assassinations of sorts. By sorts, I mean the game had barely anything to do with the Assassin’s aspect, and more to do with the Isu and Grecian Gods.
Assassin’s Creed Valhalla takes us then, to another end of the hyperbole, giving us yet another look at the internal affairs and subterfuge of the Isu, but from a Viking’s perspective.

Admittedly, this review comes late, but in the time I’ve played the game since receiving it, I believe I am now able to be a little more liberal with the details than had I published it a couple months prior.

WARNING! Some spoilers ahead. If you’re comfortable with parts of the story being revealed here, please proceed.

The Assassin Saga Continues. Kind Of. 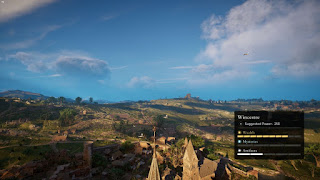 Just as it was with Origins and Odyssey, Ubisoft’s path with Valhalla had led to the studio and its writers taking what some would consider being radical, from its plot and storyline, to its combat mechanics and the progression of the playable character.
Making a return to the series is Layla Hassan, Abstergo researcher turned Assassin sympathizer, who’s still trying to navigate the annals of ancient history through the DNA of individuals she is both clearly and obviously unrelated to. Since resurfacing from Atlantis, there are a few things Layla has to deal with: first, there’s the issue of her accidentally killing her friend and colleague, Victoria. On top of that, she now carries the title “Heir of Memories”, given to her by the Isu Alethia after completing some trials (read: DLCs for Odyssey). 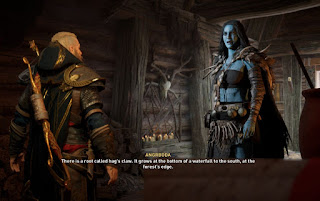 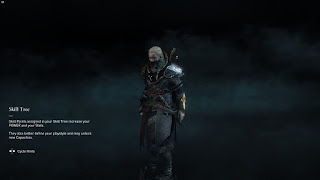 Valhalla puts you in the shoes of Eivor, a Viking (or Vikingr, for you periodically correct folks out there) who lived during the Viking invasions of England that occurred during 8th and 11th century. Just like Odyssey, there’s the option for you to choose between a male and female protagonist, but unlike the previous title, Eivor serves as the unisex name for both genders.

I should also mention that there is a third option in Valhalla: rather than stick with one or the other, you can opt to let the game switch between the two at any point of game, although sticking with this choice does give you the option to manually switch them as well. 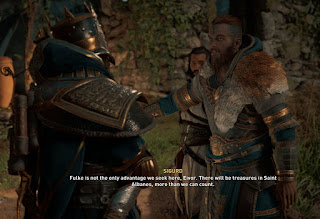 Moving on, both Eivor’s adventure and journey takes him and his brother (not by blood), Sigurd, through medieval England after unforeseen circumstances caused Sigurd’s father, who is a Jarl – the Viking equivalent of an Earl – to submit to King Harald Fairhair, a man historically regarded as the first King of Norway.

At this point, I should point out that Eivor is not an Assassin, and never actually becomes one throughout the entirety of the game. That said, he is accompanied and aided by two members of the Hidden Ones – the precursor to the Assassins Order – Basim and his apprentice, Hytham. The two are seemingly tasked with re-establishing a presence within England, although I don’t think you will be surprised to know that that Basim has an ulterior motive. As I progressed through the game, it becomes increasingly clear that while he was working from the dark, the entity he’s serving isn’t the light, but himself. 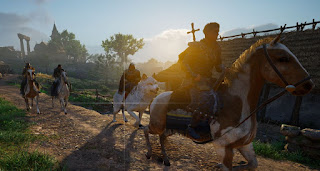 Of course, it wouldn’t be an AC title if the First Civilisation and its denizens at the time, the Isu, were not mentioned or cast into the spotlight, one way or another. In keeping with the theme, the Isu in Valhalla are, unsurprisingly, the template of Gods in Norse mythology; Odin, Tyr, Thor, Freya, and Loki, all members of the Scandinavian Isu group that survived the Great Catastrophe.

But, just like the last two post-Syndicate AC titles, Valhalla has a slight twist. Eivor is actually Sage; an Isu that is reborn as a human, along with a triple-helix DNA and all the memories from their past life. If you haven’t caught on, this is identical to what Juno did with her husband, Aita, who was introduced into the series as the first Sage. The main difference here being that the Scandinavian Isu willingly uploaded their genetic material into the game’s interpretation of the Yggdrasil, the Tree of Life, as an act of self-preservation.

On a side note, the game also reveals through progress that, by what can only be described as blind luck that Sigurd is the reincarnation of Tyr, and Basim the reincarnation of Loki. Who also retains all memories from his past life. To fans of Norse mythology, you can pretty much guess what this means for the relationship between Eivor and Basim.

Throwing Finesse Out The Window 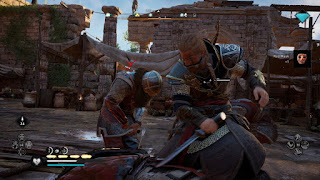 Valhalla’s storyline aside, there’s also the topic of how the game plays out, with regards to its combat mechanics and voice acting. Valhalla runs on Ubisoft’s heavily modified Anvil Engine; if you’re directly coming off from either Origins or Odyssey, then you’re not going to have any trouble getting accustomed to this Nordic entry.

Almost everything about Valhalla is identical to the previous two installments. From the way Eivor walks, runs, parkour, even little habits such as running his hands through a field of wheat is a carry forward from Origins. There is, interestingly enough, one small feature Ubisoft has expanded, and that’s the interaction with animals in-game. In Valhalla, it is now possible to pet dogs and cats and in doing so, triggers them into trailing behind you briefly, possibly in the hopes of getting more of the love and affirmation by Eivor. 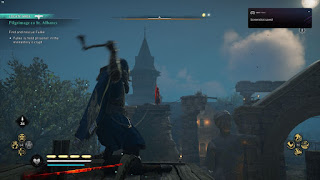 What does take some getting used to is Valhalla’s combat system and mechanics. If you’re expecting Eivor to pull off some fancy combat moves and technique with some sense of style and finesse, you’re setting yourself up for disappointment. Everything about Eivor’s combat style is the exact opposite of that; it is brutal, but more importantly, it is exactly like how a Viking would fight.

There’s not twirling of daggers and axes, neither is there any fanciful or twirling swordplay to be found in-game. Every attack, every finishing blows are gory and visceral, and in the case of decapitating enemies, Eivor’s ham-fisted approach to the act is clearly effective. 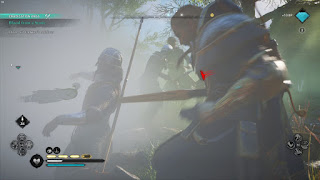 Even after you receive Eivor’s Hidden Blade, his style of assassination is very obviously less than subtle, and Ubisoft makes that clear with their character animations. Instead of consistently delivering a single, fatal blow, some enemies will require Eivor to repeatedly stab them, frantically even, before they properly go down. It’s a small addition to detail, but one that definitely adds to the sense of just how much of a…well, Viking Eivor really is.

Oh, and don’t think you can just go swinging your axes willy-nilly either; for some reason, Valhalla is the first Assassin’s Creed game to implement a “stamina” bar this round. This means that, similar to From Software’s unforgivably punishing titles, I am forced to plan my hits, lest I miss my target and waste energy that does recover, albeit at a slower than average pace. 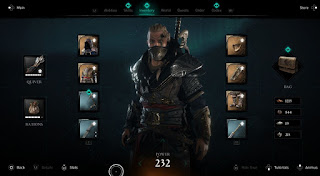 Then there’s the matter of Eivor’s equipment and skill tree. In regard to the former, there’s a sense of simplicity to be found here; instead of finding multiple versions of different weapons scattered throughout the world – as it was in Origins and Odyssey – they’re now unique equipment and only found in certain areas around England, that can be upgraded several tiers. With the highest tier being Mythic quality. That same mechanic, by the way, also applies to the pieces of armour that you have to hunt down in-game. 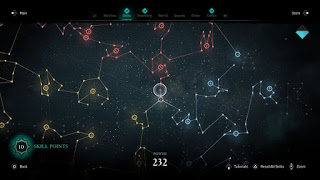 But where equipment procurement has been somewhat simplified, the act of levelling up Eivor is clearly on the opposite end of the spectrum. Valhalla does away with a typical character level and instead opts to have your character progress through a Power Level system that in turn branches out into three disciplines: The Raven, The Bear, and The Wolf. Naturally, each discipline focuses on a specific combat style and branch out to several trees in the form of Norse constellations.

As if that weren’t complicated enough, each of these constellations contain several minor nodes and one major node, the latter always being a passive skill that can be instantly used during combat once unlocked. 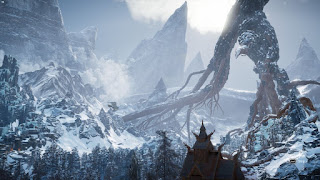 As it is with all levelling systems, Valhalla’s power levelling mechanic lets you know which areas are within your capabilities, and which areas are red zones until you’ve finally pumped enough points into Eivor to ensure that they won’t die in one hit.

I Am Viking, Hear Me Roar 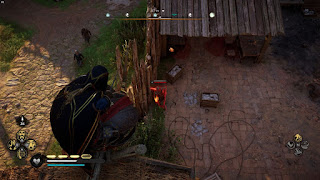 The voice acting is definitely worth the mention here as well. Confessedly, I have a stereotype of how people who hail from the Nordic lands sounds like and if I’m honest, Valhalla seems to hit that proverbial nail on the head, further reaffirming my pre-conceived notions about them.

Let me be clear: voice acting in Origins was definitely top-notch – not that this was ever an issue in any Assassin’s Creed title prior – but when, again, Odyssey landed on the scene, something felt different. Accents felt forced, the flow of conversations felt staggered, but I believe that basically became the standard once Ubisoft introduced the Witcher style of conversation options. 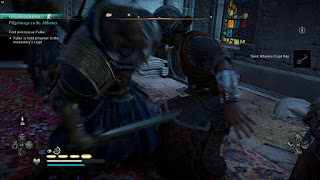 That isn’t to say that Valhalla is free of these issues. There are many scenes that still sound exaggerated, and the speech options are still there. But you know what? These flaws seemingly work with those curt and prompt Nordic accents of the Vikings. No, really. Listening to Eivor and his peers speaks, you get that they mean business and are intent on settling in England, and they’re willing to plunder and raid for to get their gains.

Last but not least is the world of Valhalla. As I’ve said before, the Assassin’s Creed franchise is, if not for anything else, all about the details in both character and the world that surrounds you. Like the deserts of Egypt in Origins and Ancient Greece in Odyssey, there is an insane amount of detail in every area that you traverse. Norway’s portrayal as a cold, frigid, unfriendly country is hauntingly beautiful, while the lush rolling meadows, thick forests and the White Cliffs of Dover are definitely worth taking an in-game photo or two. 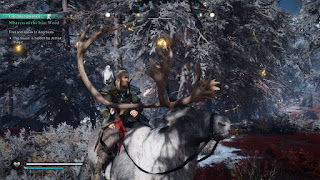 Ultimately, Assassin’s Creed Valhalla essentially brings Ubisoft’s post-Syndicate storyboard full circle, while also carrying out the narrative in the present. It began its journey into the three major pantheons with a tale from Ancient Egypt, peaked at the height of Greek civil war, and rounded off with a saga that transcends time, men, and the Norse Gods. That said, Valhalla’s story isn’t over yet, as there’s still the upcoming DLCs that are bound to bring the present story arc to its conclusion this year.
at January 12, 2021
Email ThisBlogThis!Share to TwitterShare to FacebookShare to Pinterest
Labels: Assassin’s Creed Valhalla, Norse Mythology, The English Countryside, Vikings