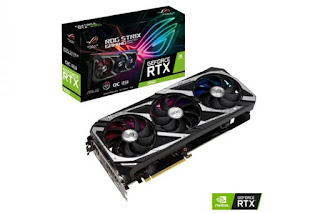 ASUS has officially launched its own custom-cooled GeForce RTX 3060 graphics cards. The announcement of its cards comes right after NVIDIA unveiled its new entry-level graphics card alongside its new GeForce RTX 30 Series mobile GPUs for laptops.
ASUS’ new GeForce RTX 3060 cards will be available across the brand’s three series: ROG Strix, TUF Gaming, and Dual. Additionally, each of these series will offer both a standard and overclocked version of the card. 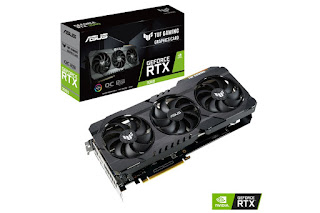 Regardless of model and boost clocks, the technical specifications for each card are the same across the board. Beneath the cooler shroud and heatsink, they’re all fitted with the same 12GB GDDR6 graphics memory, as well as the same PCIe 4.0 interface. As for the ports, all cards come with a standard fare of three DisplayPort 1.4a ports and at least one HDMI 2.1 port for the majority of cards. 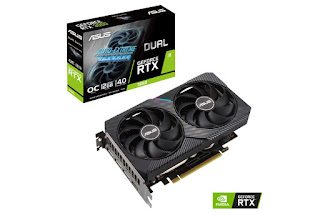 ASUS says that the ROG Strix and TUF Gaming versions of the RTX 3060 cards should hit store shelves around the world from late February onwards. Meanwhile, the Dual GeForce RTX 3060 series graphics cards will only be available from March onwards, but it should be noted that ASUS did not provide an exact availability date for all three variants.
at January 14, 2021
Email ThisBlogThis!Share to TwitterShare to FacebookShare to Pinterest
Labels: Asus, Geforce RTX 3060