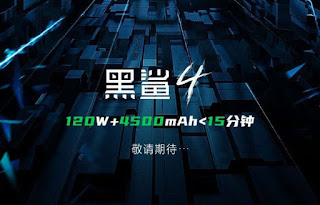 Black Shark has confirmed that its fourth generation gaming smartphone is expected to be released sometime this year. The announcement was recently posted by company CEO Luo Yuzhou on Weibo, which included a teaser image that revealed details of the battery capacity and fast charging capability of the Black Shark 4.
The upcoming device will feature a 4,500mAh battery and 120W fast charging support. The Xiaomi subsidiary brand claims that the smartphone can be fully charged from 0 to 100%, impressively, in less than 15 minutes. 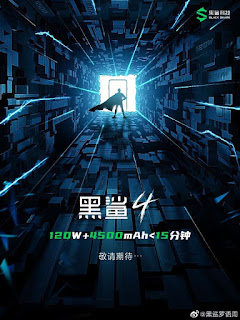 Typical of any teaser, specifications for the new device are still kept under wraps at this time. Seeing that its predecessor was equipped with a flagship-tier Qualcomm SoC, it is very likely that the Black Shark 4 may feature the new Snapdragon 888 chipset, as well as 12GB or higher in terms of RAM and internal storage capacity of up to 512GB.

Unfortunately, the announcement did not mention an expected launch date for the upcoming gaming smartphone. Again using last year’s model as reference, there is a possibility that the Black Shark 4 may see an official unveiling sometime in March. Or maybe even earlier, given that many flagship handsets from other brands are on the fast track in 2021.