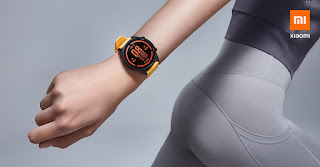 First revealed for global release last September alongside the Mi 10T Series, Mi Watch is finally making its way into our market this week. Known in China as the Mi Watch Color Sports Edition, local consumers are able to get their hands on it starting from tomorrow, 20 January onwards.
Equipped with a 1.39-inch AMOLED display that also has a maximum screen brightness of 450nits, the 32g fitness-oriented wearable has built-in GPS capability alongside blood oxygen and heart rate sensor. It also has the monitor to track 17 main workouts such as running, swimming, triathlon, and HIIT alongside 100 additional workout modes with all of them being tracked and analysed through the industry-leading Firstbeat algorithm. 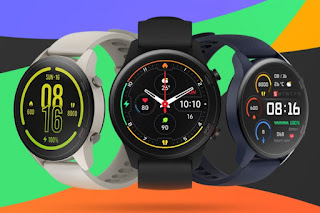 Aside from workouts, the Mi Watch can also be used to monitor sleep and stress level. In terms of battery life, Xiaomi claimed that the Mi Watch is able to last up to 16 days in typical usage and 50 hours through GPS usages.

To be available through Xiaomi’s official store on Lazada and Shopee, the Mi Watch carries a price tag of RM 469. Alternatively, you can also obtain it at all Authorised Mi Stores and other Xiaomi retailers throughout Malaysia.

at January 19, 2021
Email ThisBlogThis!Share to TwitterShare to FacebookShare to Pinterest
Labels: Mi Watch