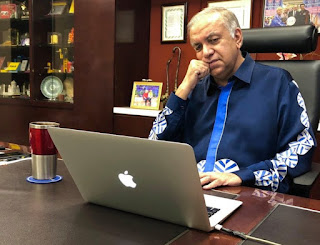 Mydin’s Managing Director Ameer Ali Mydin criticised the e-commerce business in Malaysia, pointing out that foreign-based multinational companies are benefiting at the expense of local businesses. In a remarkably candid interview with radio station BFM earlier today, he asserted that regular brick-and-mortar retail is still better for the economy in the long run.
“When you do so-called e-commerce, seriously, two of your multinational, foreign suppliers, basically – I don’t like to mention them – but they’re the only ones making money out of everybody else. They charge 30% for F&B delivery. Minting money! And what are we doing? Support, support, support. You’re supporting the wrong people, man. The locals are dying,” he said.

He could be referring to Grab and Foodpanda, but don’t take our word for it – we can’t be sure 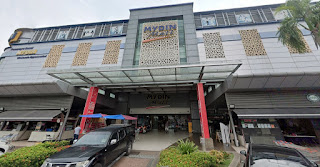 Ameer, who is also president of the Bumiputera Retailers Organisation and vice president of the Malaysia Retail Association, touted the positive effects of brick-and-mortar retail on the ecosystem of the local economy.

“What goes with e-commerce is not the same with what goes with real retail brick-and-mortar. Because when you go shopping, you go for a drink, you walk around, you take a cab… You know, the whole supply chain, the whole country moves,” he explained.

In the same interview, he also made the bold claim that e-commerce would never be viable in the long term for any country. He also believes that, while e-commerce will always be around, it’ll only be a small part of the economy “everywhere in the world.”

As weird as this might sound, it should be noted that Mydin does sell its products online through e-commerce platform Shopee. Not only that, the company has also just added the support for ShopeePay e-wallet.