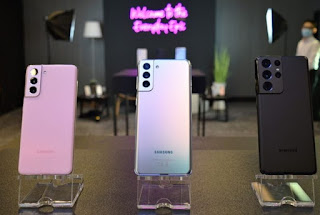 Samsung today has officially taken the drape off its first flagship release of 2021 which comes in the form of the Galaxy S21 series. For many smartphone and tech enthusiasts out there, plenty of things that have been revealed tonight do not come as a surprise though, given that these details have been leaked out for the past few months.
Many of them are quite on point as well. Among the most obvious is the brand-new rear camera design on all three Galaxy S21 devices which Samsung referred to as the Contour Cut Camera. Instead of having the camera module being positioned as an island on the top left part of their back area, it is now being integrated into the left edge part of the body on all three phones. 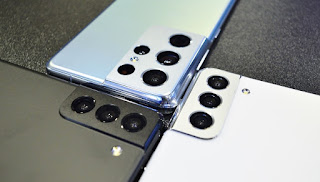 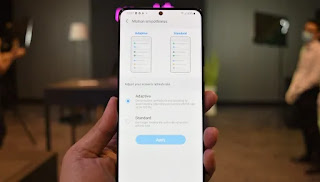 Both Galaxy S21 and Galaxy S21+ share the same native resolution for their screens at Full HD+ while the Galaxy S21 Ultra can be cranked up to QHD+. All three models feature adaptive refresh rate of 120Hz as well but the range for the standard and Plus models begin at 48Hz while the Ultra’s range is much wider since it starts at 10Hz.
Not to forget, the screen on Galaxy S21 and Galaxy S21+ has flat edges while on the Galaxy S21 Ultra, the edges are slightly curved. Alongside ultrasonic fingerprint scanner, Samsung has also implemented a new feature called Eye Comfort Shield on all Galaxy S21 series devices which dynamically adjust the blue light on their screen according to user’s usage behaviours. 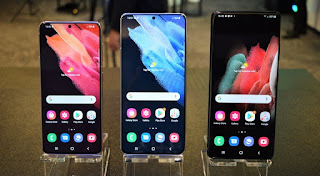 As for the processor behind these devices which is certainly one of the most popular questions among Malaysian consumers when it comes to Galaxy phones, we can confirm to you that all Malaysian units are equipped with the equally new Exynos 2100 processor.
During the processor’s unveiling earlier this week, Samsung stated that the Exynos 2100 offers 10% more overall performance than its predecessor. Specifically, the chip is apparently able to provide more than 30% improvements in multi-core performance alongside a 40% increase in graphics and two times more NPU performance.
Since the Exynos 2100 is also equipped with an integrated 5G modem, this also means that Galaxy S21, S21+ and S21 Ultra for Malaysia supports 5G as standard. That being said, we do have to wait for a while for the actual rollout of 5G network in our country before these devices can provide the blazing fast 5G connectivity to their owners. 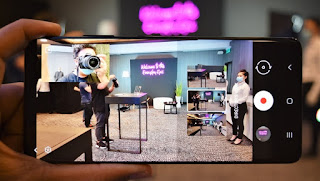 Aside from that, Samsung has also included Ultra Wideband support for the Galaxy S21+ and Galaxy S20 Ultra. Furthermore, there is also the Wi-Fi 6E capability on Ultra variant.
In terms of RAM and internal storage, the global specs sheet stated that the Galaxy S21 and Galaxy S21+ has 8GB RAM as standard with storage options of 128GB and 256GB. Naturally, Galaxy S21 Ultra is being offered with beefier options including 12GB and 16GB RAM as well as up to 512GB storage.
When it comes to battery, Samsung has decided to retain the same 4000mAh capacity for Galaxy S21 as well as 5000mAh for Galaxy S21 Ultra just like their predecessors. Somehow, only the Galaxy S21+ receives a larger battery at 4800mAh. 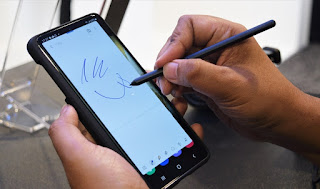 Meanwhile, we can also confirm to you now that the Galaxy S21 Ultra does indeed support S Pen. Utilising Wacom technology, one can either use the S Pen from Galaxy Note and Galaxy Tab or purchase it separately although you can also obtain it with the S Pen-specific Smart Clear View Cover and silicon case.