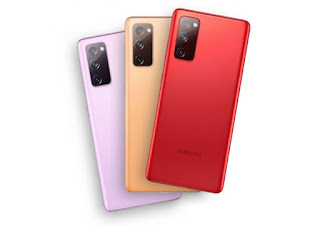 With the arrival of the new Galaxy S21 series, you may have expected Samsung to slash off the pricing of its predecessor. Well, that is indeed the case for the Galaxy S20 FE LTE.
The phone was first launched over here in November 2020, following the release of Galaxy S20 FE 5G in the previous month. As opposed to its 5G twin though, the LTE model is powered by Samsung’s own Exynos 990 processor instead of Snapdragon 865.
The Malaysian variant also comes with 128GB internal storage which is half of what is being equipped into the Galaxy S20 FE 5G. The rest of the Galaxy S20 FE LTE  is still generally identical to the 5G model though including its 6.5-inch Super AMOLED Full HD+ display, 12MP triple rear camera setup, 32MP selfie camera, and 4500mAh battery. 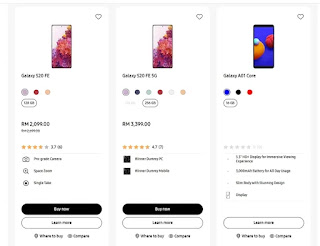 As for the pricing, Samsung Malaysia has now listed Galaxy S20 FE LTE at RM 2099 instead of its original RM 2699 launch price. However, the 5G model remains the same at RM 3399.