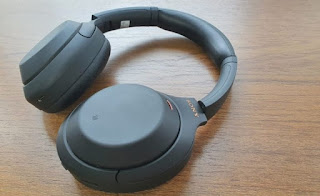 Sony’s 4th generation WH-1000XM4 ANC headphones have been around for more than half a year now. As with all successive models, the headphones bears all the hallmarks and signatures of its predecessors, plus one or two more new features that weren’t present with the last generation.

The headphones have officially reached my hands, and that means I finally get a chance to take Sony’s best ANC headphones for a spin. 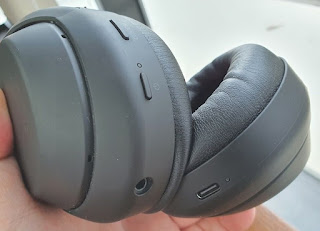 Here’s the bottom line: the 1000XM4 are 4th generation ANC headphones and a follow-up to 2019’s WH-1000XM3. As for its overall design: then, as now, the shape and build of the headphones are recycled from its predecessors. From the shape and bow of the headband, right down to its earcups.

Internally, each earcup is fitted with a 40mm dome type Neodymium driver, along with aluminium coated LCP diaphragm, all of which warrants the WH-1000XM4 a frequency range between 4Hz and 40KHz. While still on the subject of the earcups, Sony also seems to have taken the liberty to have increased the surface area of the earpads, making for an even more comfortable experience. 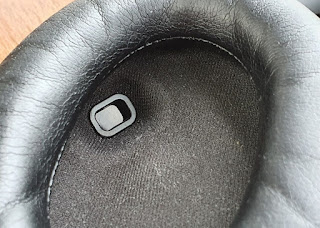 One new physical addition to the 1000XM4 is a sensor that detects if and when the headphones are affixed to your ears and when they’re not. As for its structural integrity, the headphones are still incredibly lightweight, yet still extremely sturdy and durable. No, really, I actually spent what I consider to be a reasonably fair amount of time stretching, twisting, and bending the headband, just because I can.

Once again, like its predecessors, the right earcup is loaded with touch sensors that support a multitude of gestures, including the usual tap to play and pause, as well as swiping in one of the four directions to repeat or skip tracks and control the volume.

Is It Any Good? 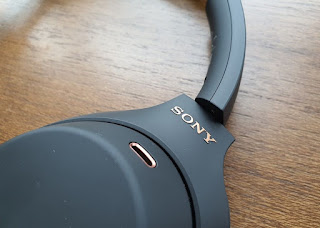 I’ll be blunt: If you’re bumping up from the 1000XM3, you’re not going to notice anything different between the two models. As I said, the design of the 1000XM4 is virtually identical to its predecessors, save for said changes to the headband and increased surface area of the earpads.

One major improvement with the 1000XM4 is the built-in microphones. Over the phone, conversations sound a lot clearer than the 1000XM3, and it even does a bang-up job in isolating the ambient sounds from my voice. That said, I have been told by people on the other end that the headphone’s microphone does, on occasion, produce some intermittent reverberation that makes my voice sound like it’s vibrating. 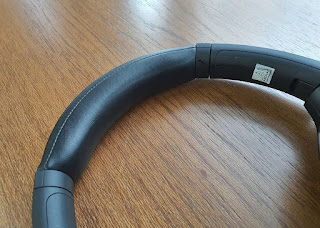 Another new feature is multi-pairing, the 1000XM4 can finally be paired to two devices simultaneously, meaning I can connect both the headphone to my phone and another device of my choice. Personally, having it is a major convenience, especially since that means that I don’t have to slide off the headset every time I have an incoming call on my phone, therefore forcing me to pause whatever media that I am currently viewing on my secondary device, which is usually my laptop.

As for the audio quality of the 1000XM4, you can expect the same level of audio fidelity as the 1000XM3. Highs and mids are clear, precise, and show no signs of breaking, even with the volume pumped up close to the ceiling. Likewise, lows – a signature focus of virtually all Sony audio products, and the 1000XM4 is no exception – are deep and free of distortions, but are not as skull-rumbling as other headphones or earbuds that I’ve tested in the past. 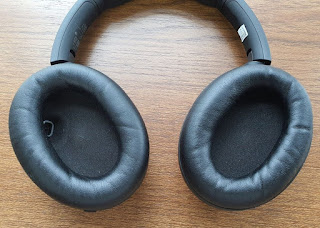 It is also worth mentioning that sound staging feels very accurate, and I can easily identify each instrument, as well as where exactly their position is. This is evidenced in jazz songs such as Nina Simone’s Feeling Good, Stacey Kent’s La Venus du Melo, Yoko Kanno and the Seatbelt’s Digging My Potato. Along with more contemporary pieces such as the Eagles’ 1996 version of Hotel California, Alter Bridge’s Down to My Last, Grimes’ Flesh Without Blood, or the ever depressing stylings of Lana Del Rey’s How to Disappear.

Lastly, the ANC feature of the 1000XM4 is still just as good at blocking out all noises when activated, so much so that it has gotten me into trouble with others whenever they yell at the top of their lungs, trying to get my attention. Oh, and before I forget, that near 30 hour battery life is still there.

The Bad Stuff. Tell Me. 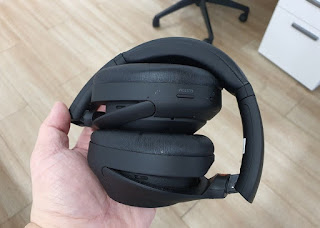 Speak to Chat is extremely sensitive, to the point that just humming or speaking to myself immediately stops whatever music or podcast I’m listening to. Even more annoying is the fact that the feature doesn’t immediately resume playback of my track and instead takes a good half-minute to do so. Mercifully, I can simply double-tap the right earcup to get back to my music quicker, but that doesn’t detract from the issue.

The good news is that the feature can be shut down, albeit directly via the official Sony Headphones Connect app. Upon disabling the feature, I found the listening experience exponentially improved. 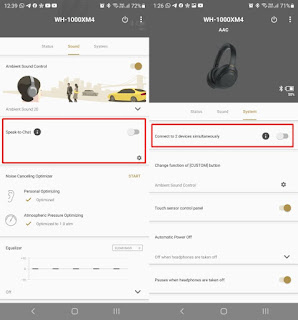 Another issue I have with the 1000XM4 at this point is the presence of the 3.5mm headphone port below the left earcup. To be clear, I am and have always been, an advocate of the 3.5
mm headphone jack as an option, but given the already widely adopted trend of the phone abandoning support for the physical feature in favour of USB-C, I think Sony missed the boat, yet again, to make the USB-C port on the headphones multipurpose. Rather than just a dedicated charging port.

Lastly, and this is really just more of a pet peeve than anything else; Sony removed support for Qualcomm’s aptX HD codec with the 1000XM4. Honestly, I find it odd that it decided to do, seeing how it had no issue making it available with previous iterations of the headphones. That said, the absence of aptX HD actually does little in hampering the delivery.

Should I Buy It? 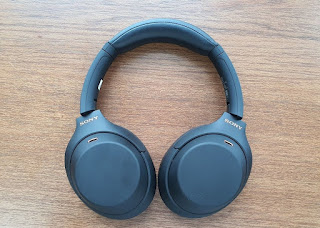 As I said near the start of this review, if you’re moving up to the Sony WH-1000XM4 from the 1000XM3, it’s clear that you are simply buying the headset for the sake of keeping yourself up-to-date with the latest device. At best, the differences between the two headphones are minuscule and as such, you may be better off sticking with the 1000XM3 and saving that RM1599. Either for a rainy day or something else entirely.

For those among you who are finally making the leap into the world of ANC headphones that’s loaded with all the bells and whistles, I can confidently say that you could do worse than to get yourself a pair of these Sony headphones.