It’s also the 10th tallest building in the world. 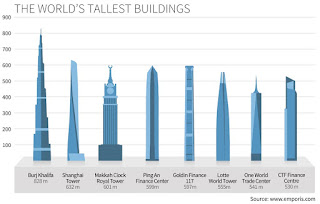 The tower will have a net lettable area of 2.6 million square feet (240,000 square metres)and is benchmarked against similar buildings in large international financial centers, such asLondon's Canary Wharf and The Shard,New York's One World Trade Center,and Shanghai IFC.

Accenture plc is an American-Irish multinational professional services company.A Fortune Global 500 company,[4]it reported revenues of $43.2 billion in 2019 and had 492,000 employees,[2] serving clients in more than 120 countries.[5https://www.facebook.com/EXCHANGE106TRX/pho...85563621528683/https://www.facebook.com/EXCHANGE106TRX/pho...772867716131607Exchange 106, the 15th tallest building in the world upon completion, will top Kuala Lumpur’s league of super prime office buildings, namely,the Twin Towers,Maxis Tower andPermodalan Nasional Bhd’sMenara 118.Although the asking rent is RM17 psf, according to Savills Malaysia executive chairman Christopher Boyd, the various incentives and favourable tax practices given to Exchange 106 are equivalent to about RM2 psf.This means the effective rental is lower than RM17 psf.“Mulia is benchmarking itself against some of the most famed developments around the world, the glass and steel structures in London’s Canary Wharf, The Shard, also of London, New York’s Freedom Tower which is also known as 1 World Trade Centre and Shanghai’s International Finance Centre,” a source said.At RM17 psf, those who have taken up leases at Exchange 106 will be able to “appreciate the quality and value of that building” and the integrated development that it will be a part of, the source said.Leasing is open from level 62 currently. The building opened for lease about a year ago.Australian developer and infrastructure group Landlease is developing 17 acres on the Tun Razak Exchange (TRX).TRX will also house Kuala Lumpur’s largest underground MRT station.Mulia will be managing the building itself, from the glass cleaners on gondolas to the technicians “except the lift technicians”, a source said.Separately, on the Ministry of Finance Inc (MoF) having a 51% stake in Mulia Property Development Sdn Bhd, the source said “that is what the documents show”.It was reported that MoF had bought the stake from Mulia International Ltd, a unit of Mulia Group.The Mulia Group bought the 3.42 acres in 2015 for RM665mil from the-then 1MDB Real Estate Sdn Bhd, now known as TRX City Sdn Bhd.When completed this year, The Exchange 106, at 492 metres, will be about 40 metres higher than the Petronas Twin Towers.The speed the building has been developed at has also been the talk of the town, averaging a floor every three days, compared with the normal eight and nine days per floor. Work is done around the clock, a difficult act to follow among the other structures in TRX.Nonetheless, Boyd said The Exchange 106 will be ready for occupation. Exchange 106 is Mulia’s only investment in Malaysia to date.Merdeka 118 is a 118-storey,644-metre (2,113-foot) megatall skyscrapercurrently under construction in Kuala Lumpur, Malaysia.It is the tallest building under construction as of May 2020. Upon completion, the structure will become the tallest building in Malaysia and Southeast Asia, and the second-tallest building in the world.The Burj Khalifa , known as the Burj Dubai prior to its inauguration in 2010, is a skyscraper in Dubai, United Arab Emirates.
With a total height of 829.8 m (2,722 ft, just over half a mile) and a roof height (excluding antenna, but including a 244 m spire[2]) of 828 m (2,717 ft), the Burj Khalifa has been the tallest structure and building in the world since its topping out in 2009 (preceded by Taipei 101).[3][4]

at January 07, 2021
Email ThisBlogThis!Share to TwitterShare to FacebookShare to Pinterest
Labels: 1th, Tallest building in the world, The Exchange 106