Windows 10 Will Be Giving The Taskbar A Makeover 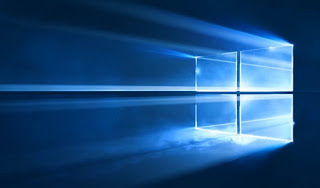 Microsoft had the Windows 10 Start Menu a small cosmetic change in October last year. Next in line seems to be the taskbar, but it looks like it will be a much more substantial change. When it happens, you’ll also see a news and weather widget integrated into it.
The Verge reports that the change has already taken effect for testers. This change turns the taskbar into a small news feed of sorts. You can also personalise this to show exactly what you want to see.
The feature makes use of the Microsoft News network to scour through and show you news from over 4500 sources, according to the report. It also makes use of AI to curate what exactly to show users. Said AI will also learn what is relevant to each user when you like or dismiss stories from the feed. 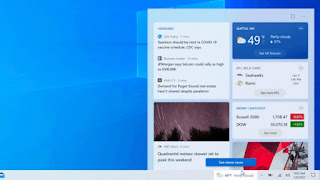 Microsoft says that it will be an ad-free feature, and that you can still disable it if you don’t like seeing it. Making use of it will first require the installation of the new Chromium-based Edge browser. Which shouldn’t be a problem as it’s something that’s rolled out via a previous Windows update. But it also means clicking on any articles will open them in the Edge browser.

As mentioned, the new Windows 10 Taskbar is now only available to testers. And specifically, only to those in the US, UK, Canada, Australia and India. No specific date as to when it will roll out to general users just yet.