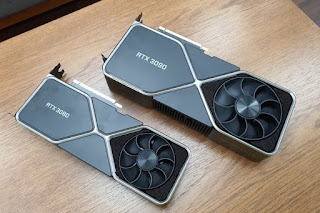 While NVIDIA preps its GeForce RTX 3060 for its expected end of February launch, the rumour mill has been continuously churning out whispers and allegation about the GPU maker’s second most powerful card, the RTX 3080 Ti. Case in point, performance metrics supposedly belonging to the card were leaked recently.
In addition to the alleged performance metrics, a screenshot of the RTX 3080 Ti via GPU-Z was also leaked alongside. That said, it should be noted that the Colorful, the Chinese graphics card brand, hinted at the image having been doctored, which isn’t far fetched. Given the propensity of some GPU leaks in the past. 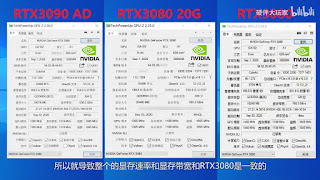 Looking at the image for what it is, however, the specifications seem to more or less match previously reported details of the RTX 3080 Ti; much like the RTX 3090 and RTX 3080, it is based on NVIDIA’s GA102 Ampere architecture, will supposedly have 20GB GDDR6X memory, 328 TMUs, 112 ROPs, and a base and boost clock of 1395MHz and 1695MHz, respectively.

As for its supposed performance, the benchmarks numbers were all obtained from UL’s 3DMark benchmark and thanks to Twitter user 포시포시’s (@harukaze5719) neatly made graph, we can surmise that the RTX 3080 Ti’s performance is just ever so slightly behind the RTX 3090.

As these things usually go, there is still no information as to when NVIDIA plans on announcing or launching the RTX 3080 Ti, neither is there an official price tag for it. Given the power and specifications of the card, however, it would not be wrong to presume that we could be looking at a GeForce card with a price tag similar to the RTX 3090. In any case, take this news with a grain of salt.