UPDATE (11:37 PM): Sugarbook has responded to the ban by MCMC but not in a way that you might have expected. Read more for details.

The Malaysian Communications and Multimedia Commission (MCMC) has blocked the controversial dating platform, Sugarbook. The action took place just a day after it was revealed that the platform is already under investigation by the commission.

As per any other sites that have been blocked by MCMC out there, users would be redirected to the commission’s notice page if they tried to visit Sugarbook’s official website. It also contained a link that would bring users to another page which states that the access to Sugarbook has been prohibited for breaching Section 233 of Communication and Multimedia Act 1998. 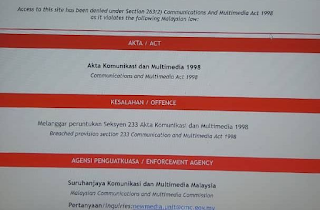 This particular section of the act generally covers improper use of network facilities or services and carries a maximum fine of RM 50,000 or/and 1-year prison term. While MCMC has released a statement earlier today confirming its joint investigation with PDRM, the commission has yet to provide any official details regarding the block on Sugarbook as well as other possible legal actions.

Created in 2017 by local technopreneur Darren Chan, Sugarbook which has “Where Romance Meets Finance” as its tagline, operated not only in Malaysia but also in Singapore, and the Philippines. The platform first came under mass scrutiny in late 2019 after its advertisements which were deemed as lewd and suggestive managed to slip through the approval process and were displayed on gigantic electronic billboards in Bangsar as well as Bukit Kiara. 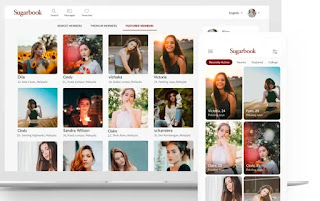 Despite some calls by members of the public and politicians to ban Sugarbook back then, things cooled off shortly after the initial hoo-ha. The platform then went under the limelight again earlier this month after it released an infographic that ranks local colleges according to the number of sugar babies that they have.

Looks like authorities finally had enough but it remains to be seen whether they will be able to stop Sugarbook on its track this time around.

While Sugarbook didn’t publicly respond to the ban by MCMC and remained relatively quiet on Facebook and Twitter, the dating platform has swiftly e-mailed its members to address the move.

In addition to acknowledging the ban, the platform has also provided several methods on how to circumvent it, as shown in the screenshot of the said e-mail that was sent over by our tipster: 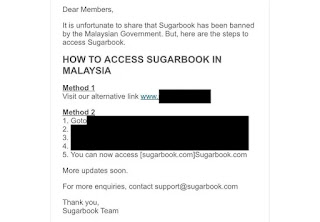 The closing words of the e-mail also seems to hint that Sugarbook is planning to provide more updates regarding its predicament with the Malaysian authorities. All in all, it is likely that this is not yet the end of the road for Sugarbook.
at February 16, 2021
Email ThisBlogThis!Share to TwitterShare to FacebookShare to Pinterest
Labels: Access, Blocks, MCMC, Sugarbook