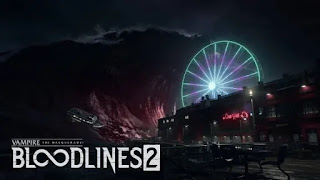 The gaming industry may be seeing its next massive trainwreck in Vampire: The Masquerade – Bloodlines 2. The much-anticipated RPG has now been delayed indefinitely, with its developer Hardsuit Labs being suddenly removed from the project. Naturally, this may drain (pun intended) any remaining chances of the game ever seeing the light of day.

Yesterday, publisher Paradox Interactive announced its decision to eject Hardsuit Labs from the project and halt pre-orders for the game. This will be the game’s third delay since it was announced in March 2019 – it was originally set to be released in the first quarter of 2020, Polygon noted.

The vampire-based game has seen quite a bit of setbacks and bad press since its inception. Gameplay footage released in 2019 was panned by many as awkward and uninspiring. Then last August, the game’s lead writer Brian Mitsoda and creative director Ka’ai Cluney were abruptly fired.

At the time, Mitsoda told Rock Paper Shotgun that he was shocked, disappointed, and frustrated by his sudden termination. The developer had worked on the first Bloodlines game, which is still beloved among RPG fanatics. It was considered a commercial failure when it was released in 2004, but has since developed into a cult classic.

Paradox Interactive was clearly trying to bring back some of that magic in an era of remakes, remasters, and shameless pandering to nostalgia. But alas, the game looks set to join the ranks of many other once-popular franchises in development hell.