Villages in Japan Are Competing to Become a Nuclear Waste Site 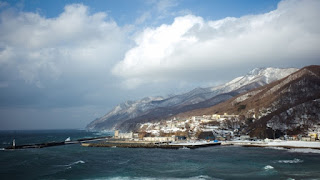