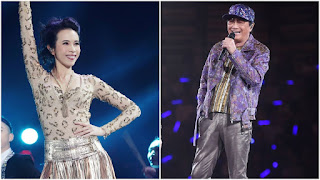 Affectionately known as Gor Gor (elder brother in Cantonese) in Hong Kong show business, Cheung took his life on April 1, 2003. He was 46. The In Loving Memory of Leslie Cheung Online Concert 2021 will be held from 7.30pm to 8.30pm on April 1 on HiEggo's YouTube channel, Facebook page and other mainstream media platforms.

HiEggo held two online concerts by Hui and singer Aaron Kwok last April and last May respectively to boost the morale of Hong Kongers during the pandemic.

Both actor Lawrence Cheng and producer Patrick Siu, who were involved in last year's concerts, will be the online concert's creative director and director respectively this year.

Hui, Mok, Lee and Julian will perform Leslie Cheung's classic songs at the concert, together with the Metro Vocal Group, an American a cappella group based in Hong Kong, and the Hong Kong Baptist University Symphony Orchestra. 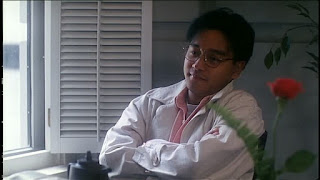 Mok, 50, who was the first to agree to perform at the concert, joked that she was likely Gor Gor's first fan as she knew him when she was seven years old. She recalled being one of the dancers when Leslie Cheung took part in a singing contest then.

Lee, 53, told Hong Kong media that he used to have meals regularly with the late singer-actor as they had many mutual friends.

"I felt like I struck the lottery when Gor Gor went for a karaoke session with me during the period he stopped singing," Lee recalled.

Lee said he would perform Cheung's classic song For Your Heart Only (1985) at the concert.