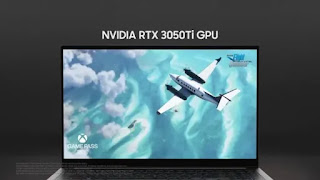 Samsung has hosted the third Galaxy Unpacked event of 2021 last night and this time around, it was focused on Galaxy Book laptops. One of the new devices that were revealed at the event is the 2021 Galaxy Book Odyssey gaming laptop.

What caught viewers by surprise during the Unpacked broadcast is when Samsung said that the new laptop is powered by the NVIDIA GeForce RTX 3050 Ti graphics. As you may know, the lowest-end RTX 30 Series graphics for laptops at the moment is GeForce RTX 3060 which means that the company may have jumped the gun.

You can actually still see it in the official recap video below:

Not only that, the official specs sheet that was released after the event also noted the Galaxy Book Odyssey could be obtained with the GeForce RTX 3050 graphics. Additionally, it also said that Samsung will use the Max-Q variant of both GPUs for its Galaxy Book Odyssey.

However, the specs sheet has since been replaced with another version that removed the reference to both GPUs with generic RTX 30 Series graphics. 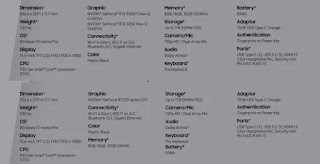 This is not the first time that Samsung has leaked out an unannounced graphics card for its laptop though. Previously, the specs sheet that the company put up for its first-ever Odyssey Notebook that was on display at its booth in CES 2017 listed AMD Radeon RX 570 which was still an unannounced GPU at that time.

Given the revelation by Samsung last night, you can expect to see the official announcement from NVIDIA very soon regarding GeForce RTX 3050 and RTX 3050 Ti graphics for notebooks. Meanwhile, the possibility of seeing the Galaxy Book Odyssey in Malaysia is quite low as Samsung has stopped selling its laptop in our market since 2014 and there is no sign so far that the company will change its mind anytime soon.

at May 03, 2021
Email ThisBlogThis!Share to TwitterShare to FacebookShare to Pinterest
Labels: 3050Ti, Alongside, Book, Galaxy, GeForceRTX3050, Odyssey, Reveals, Samsung, Unannounced