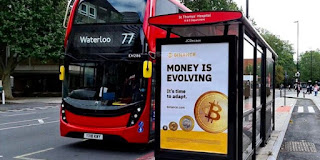 The UK’s Financial Conduct Authority (FCA) has banned the world’s largest cryptocurrency exchange, Binance, from conducting any “regulated activity” in the country. This is the latest blow against cryptocurrency, which is under increasing pressure from governments across the world.

According to the BBC, the FCA declared that Binance Markets Limited (BML), which is owned by the larger Binance Group, isn’t allowed to engage in regulated activities in the country without written permission from the authority.

The emphasis on “regulated activities” is important as well as potentially confusing because the FCA doesn’t regulate cryptocurrencies like bitcoin or ether – so people can still use the Binance website to buy and sell those.

However, the FCA does regulate some cryptoasset derivatives (like futures contracts) as well as cryptoassets it considers “securities”. In those cases, the ban is in effect. The authority also issued an advisory against online ads “promising high returns on investments in cryptoasset or cryptoasset-related products.”

Binance reportedly told the BBC that the FCA’s announcement has no “direct impact” on the services it offers through its website. “BML is a separate legal entity and does not offer any products or services via the Binance.com website,” said a company spokesperson.

Notwithstanding the details, the development does reflect increasing institutional hostility towards cryptocurrency across the globe. China, for example, has recently cracked down on both crypto trading and mining.