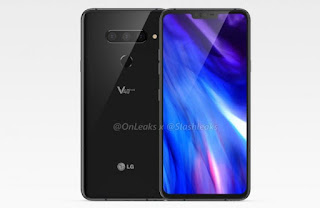 LG has confirmed that it will be launching the V40 ThinQ on 4 October 2018 through a teaser video posted on its Korean Youtube channel. Specifically the LG Science Park. The teaser also confirms V40’s multi-zoom capabilities.

The V40 ThinQ will be the successor to this year’s LG V30 ThinQ model. Traditionally, the V-series has been reserved for the enthusiast-level users, packed full with features not seen in the G-series. This year, the hallmark feature looks to be an extensive camera system with advanced zoom capabilities on the back.


We have seen early renders of the phone before, and the teaser video confirms some features of the phone. The LG V40 ThinQ will be featuring a camera with optical zoom ranging from wide-angle to a close-up telephoto. No focal range has been shared, but a minimum of 2x optical telephoto should be on board.
As per LG tradition, the V40 ThinQ will have great audio quality, thanks to the built-in Digital to Analog Converter (DAC) and audio amplifiers. LG should also be retaining the 3.5mm audio jack, when other manufacturers are slowly removing it from their flagship products.
4 October is just a month away from now, so it goes without saying that we are looking forward to launch of the LG V40 ThinQ with bated breath.
at September 15, 2018
Email ThisBlogThis!Share to TwitterShare to FacebookShare to Pinterest