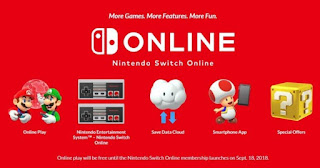 Starting 18 September, Nintendo Switch users will be getting an online service comparable to PSN and Xbox Live. While this means no more free multiplayer, it’s also a service that, like PSN, will be giving you perks for subscribing. With the list of perks supposedly growing as time goes by. 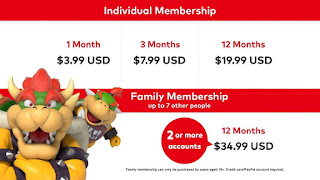 In terms of perks, you don’t get current gen games for free like you do on PSN. What you do get is a list of 20 NES titles, with more to be added to the list over the following months.
Despite being classic NES games, Nintendo has at least been kind enough to add some modern day functionality to them. For example, when playing Super Mario Bros online, you can use a hand-shaped cursor to point out hints to your friends currently playing. Other games will have the standard-fare multiplayer enhanced for online multiplayer.
Other perks of signing up for the Switch Online service are special offers, which will be announced as time passes. To start, those who get the 12-month subscriptions will also be getting download codes for exclusive Splatoon 2 cosmetics. 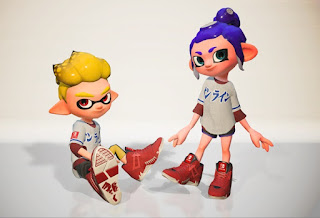 There are “standard” online subscription functionalities like cloud saves. We say standard, but that isn’t quite the right word to describe it. Since there will be some games that won’t be able to make use of cloud saves, for whatever reason. The aforementioned Splatoon 2 is one such title, unfortunately.
Finally, there’s the very inconvenient voice chat process for online games. Not only is the feature not guaranteed to be compatible for all games, it must also be done via the Nintendo Switch Online app.
at September 15, 2018
Email ThisBlogThis!Share to TwitterShare to FacebookShare to Pinterest