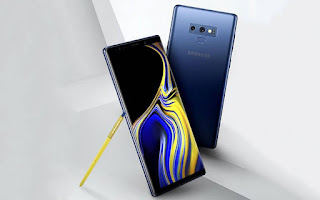 About two weeks ago, a real estate agent in Long Island, New York by the name of Diane Chung, had claimed to be the first victim of a purported Galaxy Note9 battery issue. According to a report by NYPost, her new flagship device had combusted in her purse while she was in the elevator alone on 3 September.
She alleged that she heard whistling and screeching sound, followed by thick smoke coming out from her purse. She then dropped the bag on the evaluator floor and when she tried to empty it, she claimed to have burned her fingers while she tried to handle the device.
Once she had reached the lobby, she had kicked the phone out of the elevator and fortunately, someone had grabbed it with a cloth and dunked it into a bucket of water. The report says that she was traumatised by the incident, and she was left being unable to contact her clients while her bag contents were damaged. As a result, she is claiming unspecified damages and a restraining order to bar sales of any Galaxy Note9.
While it sounds dramatic, there were no supporting photos and videos of the “charred” Galaxy Note9. The incident only came to light recently when the victim filed a legal claim.
Nevertheless, the Korean smartphone maker is taking the alleged incident seriously. A Samsung spokesperson had responded by saying “Samsung takes customer safety very seriously and we stand behind the quality of the millions of Galaxy devices in use in the United States”. They added that they have not received any reports of similar incidents involving a Galaxy Note9 device and they are still investigating the matter. 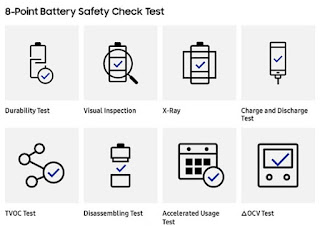 The Galaxy Note9 is available for nearly a month and this is the first alleged incident of a possible battery issue. As a comparison, the Galaxy Note7 had multiple incidents just weeks after it was launched and the device was recalled for the first time even before the Galaxy Note7 was a month old. Back then, you can find dozens of charred Galaxy Note7 photos including one that had occurred in Malaysia.
After the Galaxy Note7’s fiasco, Samsung had stepped up efforts to prevent such situations from reoccurring. With a commitment to customer safety, they have introduced several new processes including an 8-point battery safety check and they have even formed a battery advisory group.

Since then, there were no major battery issues for subsequent flagship models which include the Galaxy S8, Galaxy Note FE, Galaxy Note8 and the Galaxy S9. Obviously this could affect Samsung’s reputation and hopefully they will reveal the result of their investigation soon.
at September 18, 2018
Email ThisBlogThis!Share to TwitterShare to FacebookShare to Pinterest