Telcos Have To Submit New Packages To MCMC By 30 September: No More Deadline Extension 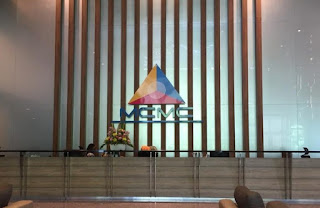 The Minister of Communications and Multimedia, Gobind Singh Deo has recently tweeted that telcos in Malaysia have been given up until 30 September 2018 to submit new proposals for their plan to Malaysian Communications and Multimedia Commission (MCMC). This is part of the government’s effort to accelerate the implementation of faster Internet speed at a lower price for consumers.

The minister has also revealed that the original deadline for the submission was actually on 1 August 2018. However, certain telcos have actually applied for an extension of up to two years although the application for such a long delay has been rejected by the government.

Instead, the new deadline has been set to 30 September in consideration of the SST implementation which affects certain products such as prepaid offerings. Gobind has assured that no more deadline extension will be provided to the telcos.
When the minister announced that the price of broadband is expected to go down by at least 25% within 2018, it indeed seems like a tall order especially given how some companies have been enjoying their dominance over the market for so long. Let’s see if this will finally change the course of things.
at September 18, 2018
Email ThisBlogThis!Share to TwitterShare to FacebookShare to Pinterest