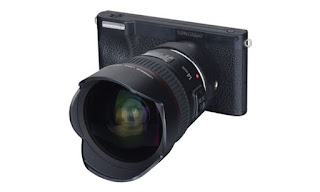 Yongnuo has been well known for its compatible lenses and DSLR accessories for quite some time. Now the company is stepping up its gaming with the new YN450, a mirrorless camera that features a Micro Four-Thirds sensor and powered by Android 7.1.

The 16MP sensor on the YN450 is capable of recording video in 4K and capturing images in RAW format. Powering it is a Qualcomm octa-core SoC, along with 3GB of RAM and 32GB of internal storage. The memory is also expandable, most likely in the form of a microSD card slot. 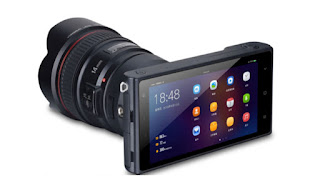 Oddly enough, the YN450 sports two camera sensors. Besides the obvious lens, there is a ‘selfie’ camera just above the 5-inch 1080p display that captures 8MP stills. Other features include a stereo mic, GPS, a 3.5mm headphone jack, dual LED flashes, and a 4000mAh battery. There’s no hot-shoe for external flashes though.
The camera seems to accept Canon-mount lenses via an adapter, which at this point is not known to be included in the box. On another note, Yongnuo is trying to look for a better name than YN450. To that end, the brand is currently hosting a competition on its Facebook page. No news yet regarding when and if the camera will be available in Malaysia, neither is there an official pricing.
at November 05, 2018
Email ThisBlogThis!Share to TwitterShare to FacebookShare to Pinterest