As software to protect sales from pirates, DRM software naturally doesn’t come cheap. But now, we may have an exact figure on what exactly is the price for this piracy prevention. More specifically, a Reddit user has shared the amount Crytek has paid Denuvo for the latter’s DRM on Crysis Remastered.

The account name is FCKDRM, which coincidentally, is CD Projekt’s name for its GOG anti-DRM initiative. And the figures shared came from what looks like a contract between Crytek and Denuvo that got revealed as part of the Egregor hack.

Overall, the Crytek has to pay a total of EUR140000 (~RM679000) for Denuvo’s anti-tamper protection and “unique encryption”. The coverage lasts for 12 months from the date the game goes on sale. Once the 12 months are over, there’s the option to extend the protection for EUR2000 (~RM9700) a month. Furthermore, within 30 days of reaching the 500000 unit sales mark, Crytek will have to pay Denuvo an additional EUR60000. Every additional platform Crysis Remastered gets sold for EUR10000 (~RM48000). 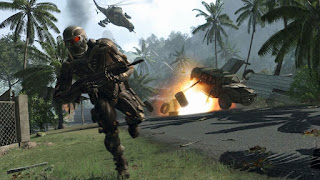 That’s a lot of money to pay just to insure one game. Crytek has also likely paid twice the amount stated, since it is also insuring for the yet-to-be-announced Crysis 2 Remastered. But without sales figures, it is impossible to tell the exact amount that went from Crytek to Denuvo.

DRM overall remains a very touchy subject. This is simply because when it works properly, you wouldn’t notice that it’s there. But when it’s not, it’s paying customers that suffer from performance issues with the protected games. Pirates, on the other hand, get to play the game without issues once the DRM has been bypassed, which defeats its purpose.

at November 26, 2020
Email ThisBlogThis!Share to TwitterShare to FacebookShare to Pinterest