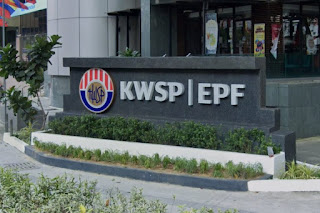 The Employees Provident Fund (EPF) has issued a warning regarding fake apps out there that aims to scam unsuspecting users by using the newly announced i-Sinar program as bait.
In a post that was published on its Facebook page earlier today, EPF has listed down four apps as examples: 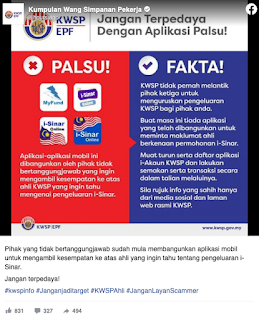 Our quick check showed that three out of the four apps shown in the post have since been removed from Google Play. This is with the exception of MyFund which somehow is still up online despite having very sketchy modus operandi written all over the app description and its website.

Even though the three fake apps listed above are no longer on Google Play, their APK files may exist in other Android app depositories or marketplaces. So, be vigilant and don’t install them into your device even if someone close to you trying to convince you otherwise. 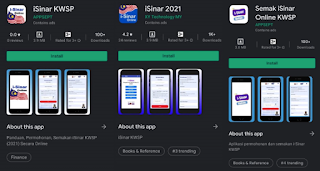 While these apps may have tried to take advantage of the newly announced i-Sinar program, EPF scam is nothing new though. Over the years, the organization alongside law enforcement authorities have issued multiple warnings regarding such scams which are being performed in various manners that range from fake websites to WhatsApp messages and direct phone calls.

The bottom line is that all matters regarding EPF should be consulted directly with the organization through its official communication channels and physical counters. However, do note that you have to make an appointment first if you decide to physically meet EPF officers. 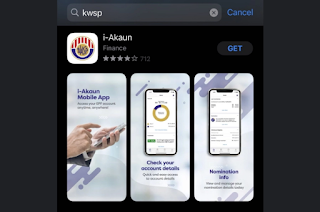 Not to forget, EPF only has two official mobile apps at the moment which is i-Akaun for employees and e-Caruman for employers. You can check out the list of official EPF Android apps on Google Play right here while a similar list is also available on App Store for iOS devices.

at November 23, 2020
Email ThisBlogThis!Share to TwitterShare to FacebookShare to Pinterest