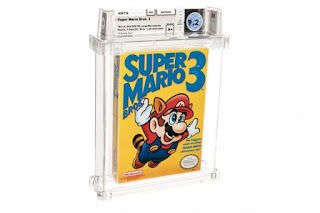 A sealed copy of Super Mario Bros 3 is now the most expensive video game ever. First released in the US back in 1990, it was a great game in its own right, outdoing its predecessors. And it was sold last week at an auction for US$156000 (~RM638352).
This high price allows it to handily push out the previous record holder, the first Super Mario Bros. Back in July, it was sold for US$114000. As for the current record holder, Heritage Auctions says the new high price for Super Mario Bros 3 came down to a number of factors. One was the design. The word “Bros” being formatted to the left was a rare version of it. Later boxes would have the word in the centre right, not obscuring Mario’s hand. 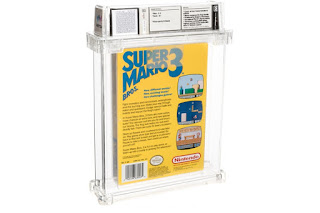 Another factor in the extremely high price was down to the condition of the box itself. This particular copy of Super Mario Bros 3 was given a WATA 9.2 A+ rating.

Sold alongside Mario during the auction was a sealed copy of Pokemon Red. It went for a price of US$84000 (~RM343728), making it the most expensive Pokemon game sold. It was in remarkably good condition too, with a WATA 9.8 A++ rating.

at November 24, 2020
Email ThisBlogThis!Share to TwitterShare to FacebookShare to Pinterest