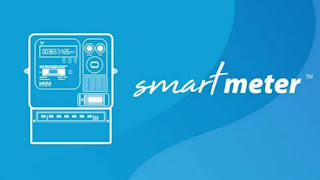 Through an official Facebook update, Tenaga Nasional Berhad (TNB) has revealed that its contractors are actively installing its new Smart Meter to all homes across the nation as originally planned. It added that the installations are carried out every day of the week from 9am to 5pm, and assures that the process complies with the SOPs during the current CMCO.

TNB says the installation of the new Smart Meter is free of charge. Users will first be notified by mail prior to the visit, which also provides the expected date of the installation. TNB added that the process will only be done on the scheduled date if at least one adult is present at home. For apartments and other high rise residences, the company will inform the building’s management and residents association prior to installation. 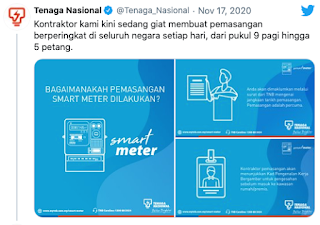 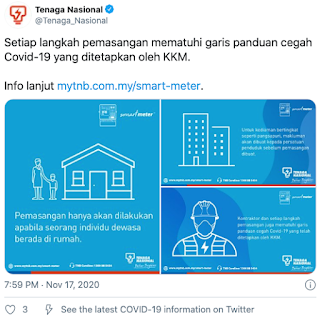 For those unfamiliar, the new TNB Smart Meter can help you to keep track on how much energy you are using by utilising the company’s myTNB mobile app or through the myTNB Portal. TNB says that the device will continuously read your energy usage and updates the information on its portal every half-hour.

This is aimed at encouraging users to regulate their energy usage to save money and the environment, it added. Additionally, users are also able to pay their Smart Meter bill through the myTNB app. As noted by TNB, a future update will soon enable the app to notify users if their electricity supply is disconnected. 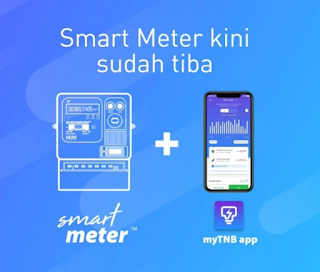 Interestingly, the company is also dispelling any myths or rumours regarding the new Smart Meter and assures users that it does not pose a risk to health or an individual’s privacy. According to the myTNB website, the device has been tested and certified by SIRIM for compliance and safety in Malaysia, and has been regulated by MCMC. TNB added that just like traditional meters, the Smart Meter does not have the capacity to see, hear and/or spy on you.

at November 20, 2020
Email ThisBlogThis!Share to TwitterShare to FacebookShare to Pinterest