Samsung Galaxy A42 5G Quietly Lands In Malaysia For RM 1599 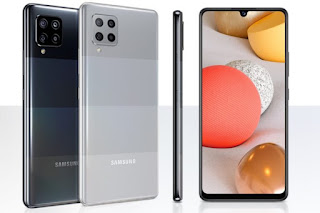 Even though Malaysia’s 5G network is still not accessible to the public, plenty of major brands have already launched 5G devices in our market. However, most of the 5G devices in Malaysia so far are flagship models but the latest in the list which is the Samsung Galaxy A42 5G is one of the very few exceptions.
For a start, the Galaxy A42 5G is equipped with a 6.6-inch Super AMOLED display. Despite the premium display panel, its native resolution is limited to HD+ though which is one of the biggest reasons why the phone is considered as a mid-ranger. 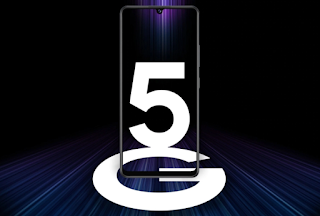 Aside from that, the rest of the specs sheet looks pretty alright. The Galaxy A42 5G is also equipped with Qualcomm Snapdragon 750G, 8GB RAM, and 128GB internal storage alongside a 5000mAh battery with support for 15W Adaptive Fast Charging.

The Galaxy A42 5G also comes with a 48MP f/1.8 main camera that is accompanied by an 8MP f/2.2 ultra-wide camera, 5MP f/2.4 macro camera, and 5MP f/2.4 depth sensor. There is also a 20MP selfie camera that is being housed on the teardrop-shaped notch within the phone’s display.

According to SIRIM’s database, the Malaysian unit which is registered as SM-A426B on 16 November 2020, has been certified to support 5G network on 700MHz and 3500MHz band. The Samsung Galaxy A42 5G is now readily available for purchase through Samsung’s official store on Lazada and Shopee at RM 1599.

at November 20, 2020
Email ThisBlogThis!Share to TwitterShare to FacebookShare to Pinterest
Labels: Samsung Galaxy