Almost a year after its launch, Sony Xperia Pro 5G might finally come to the US market 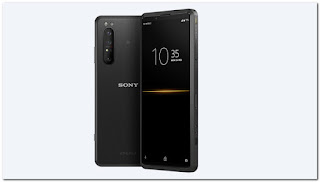 So, Sony launched the sleek Xperia 1 II flagship all the way back in February and it hit the US soil rather late in June. But if you remember, Sony also launched another flagship alongside the Xperia 1 II called the Xperia Pro 5G that offered mmWave 5G support and had some extra camera-centric chops. Well, it appears that the Xperia Pro 5G is finally ready to hit the US shores soon, but ten months too late following its launch.
Now, we don’t know a date as to when the Xperia Pro 5G will go on pre-order or starts shipping. B&H has currently listed the status as “Coming Soon”, and is asking users to sign up to get notified when it eventually goes on sale or the pre-orders go live for customers in the US. So yeah, your guess is as good as ours in this case. Now, there is no information about how much it will burn from your wallet, but it will most likely cost north of $1,000 if the Xperia 1 II’s asking price is any indication.Talking about the device itself, the Xperia Pro 5G comes equipped with a 6.5-inch 4K (3840×1644 pixels) HDR OLED display with a tall 21: 9 aspect ratio. The IP68-rated device is powered by the Snapdragon 865 SoC ticking alongside 12GB of RAM and 512 gigs of onboard storage that can further be expanded using a microSD card of up to 1TB capacity. A 4,000mAh battery with support for fast charging keeps the lights on.In the imaging department, you get a trio of 12MP sensors (wide + ultra-wide + telephoto) cameras at the back that offer up to 3x optical zoom output and can shoot cinematic 24 FPS (25/30/60 FPS options also available) videos at 4K resolution. An 8MP camera on the front handles selfies and video calls.What separates the Xperia Pro 5G from the Xperia 1 II is its 360-degree 5G antenna system that is more efficient at picking up mmWave 5G signals. Notably, the Sony offering has an HDMI port at the bottom and can be connected to a professional camera to serve as a hi-res 4K monitor. When used as a monitor, the device offers controls such as brightness, pinch to zoom, and grid lines.Also, when it is connected to a camera, the device can also be used to directly stream videos over a 5G network. Sony says that the wired connection between the phone and a professional camera also makes the process of file transfer much faster.
at December 31, 2020
Email ThisBlogThis!Share to TwitterShare to FacebookShare to Pinterest
Labels: Sony Xperia