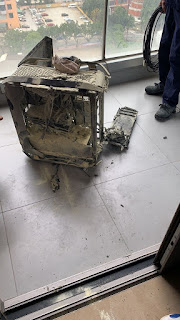 The incident probably passed. I was resting at home at noon. I brushed my computer for a while and went to lunch at station B. When I returned to the room, I smelled a peculiar smell. I didn't care much. I suddenly found that the host was smoking. After the power was cut off, the smoke became bigger and bigger. , And then it caught fire directly! ! Later, I notified the property and the fire department in time, put out the fire as soon as possible, and did not affect the neighbors, but I was still afraid after thinking of it. This kind of thing was only experienced once before I realized how scary, if I happen to be not at home, and the curtains are fortunately selected. It is a flame-retardant material, otherwise the consequences would be disastrous. 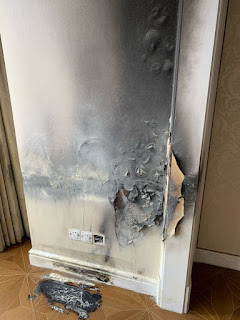 Because the whole host burned very badly, I can't determine which component caused it. I want to ask my friends. Is there any way or a testing agency to find out the source of the fire? The picture is the scene 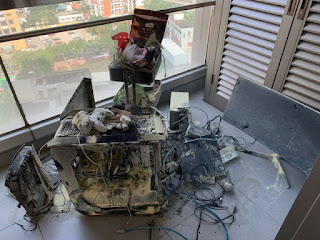 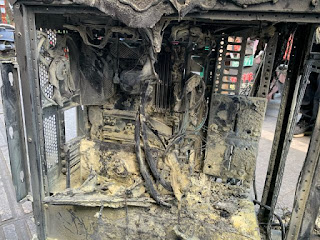 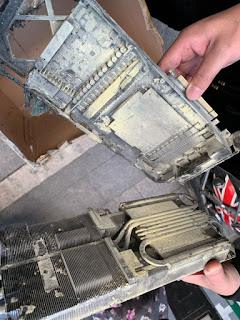 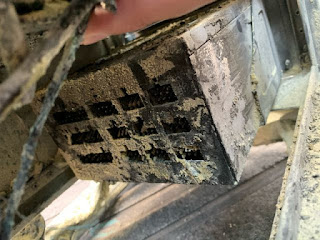 PS: The host was assembled in January of this year. Last week, the ASUS 3090 graphics card and Haiyun tx1000 power supply were replaced. (It hurts, the 3090 was directly cremated after a few days of playing, and the innocent 5...) 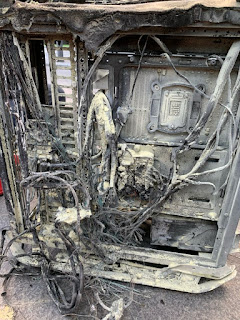 Follow-up: I just came home from get off work and re-checked the photos and videos taken by her when the smoke was smoking with my wife, and found that there was a suspected fire flashing at the bottom of the host in the last two seconds of the video. The video was uploaded to station B. I hope the friends can identify it together. . When the host is on fire, it will explode all the time. I know how terrifying it is after experiencing it firsthand. What I care about is what if there is no one in the house when this accident happens? I have no good way to post it on the forum. I tried my best to ask if I could understand it locally. 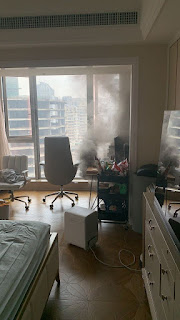 Thank you for your help and concern! ! I was really busy dealing with some fires in the past two days. After editing, I consulted the lawyer's advice and decided to find a qualified organization for an appraisal.

(I suggest you guys consider replacing the curtains with flame-retardant materials, which saved my dog’s life)

Follow-up supplement: I read the replies of the old guys in the morning, and ran to make up the front and back photos of the host, the recent photos of the power supply and the graphics card. In addition, the fire department also went to find out that the damage on the scene was relatively serious, and basically no show... …

Supplement the problem of the hub: I saw a lot of brothers mentioning the hub, and the analysis posted by the brother next door. Because the hub was found to be broken when changing the power supply, it was actually not connected to the power, and theoretically it was not working... …

2. The power strip is intact after the disaster, the room power supply is also ok, and other electrical appliances can be used smoothly

3. The original cable is used

4. The graphics card is connected to 3 8pins.

at January 01, 2021
Email ThisBlogThis!Share to TwitterShare to FacebookShare to Pinterest