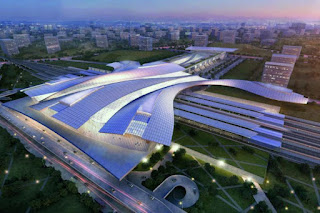 Singapore says that Malaysia owes the island republic compensation for the cancellation of the Kuala Lumpur-Singapore High Speed Rail (HSR) project but the quantum involved has not been disclosed.Singapore's Ministry of Transport in a statement on Friday (Jan 1), said that by allowing the HSR bilateral agreement to lapse therefore leading to its termination, Malaysia has to compensate the republic for costs incurred in fulfilling its obligations under the agreement.Former prime minister Datuk Seri Najib Tun Razak, who witnessed the bilateral agreement with Singapore for the project in December 2016, claims that the quantum of compensation would be at least RM310mil.The construction of the HSR Project was suspended from September 2018 to Dec 31, last yearMalaysia, then under the Pakatan Harapan administration, had previously compensated the republic S$15mil (RM45mil) for the suspension of the HSR project for about two years to May 31,2020.In May, both governments agreed to extend the deferment of the HSR to Dec 31.The Malaysian government had been reviewing the project with MyHSR Corp to identify cost reduction options, such as station locations and business models.The HSR was targeted to be up and running by 2026 and was expected to cut travel time between Kuala Lumpur and Singapore to just 90 minutes.The HSR line would have been 350km long, 335km in Malaysia and 15km in Singapore.
at January 01, 2021
Email ThisBlogThis!Share to TwitterShare to FacebookShare to Pinterest
Labels: HSR