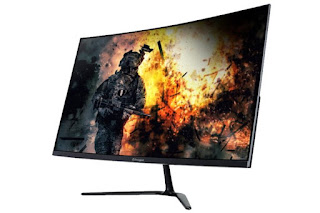 It has been a while since we heard of the new AOpen products for Malaysia. That has changed this week though as Acer has just announced the arrival of two gaming monitors from its subsidiary in our market. While they might be different in terms of size and form factor, these new monitors which came from AOpen HC5 and MV1 Series offer the same maximum refresh rate of 165Hz.
Leading the list is the AOpen 32HC5QR P curved gaming monitor that carries a 31.5-inch VA panel with 5ms G2G response time. The Full HD monitor also has a curvature rating of 1800R but does not come with a built-in speaker even though there is a 3.5mm audio jack alongside DisplayPort and HDMI ports. 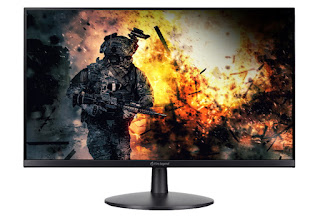 The other new gaming monitor in the list is the AOpen 24MV1Y P which comes with 23.8-inch Full HD VA panel that has 1ms TVR response time. The AMD FreeSync Premium monitor also supports HDR10 but do note that its 165Hz refresh rate can only be achieved through HDMI 2.0 and DisplayPort.

Pricewise, the AOpen 32HC5QR P curved gaming monitor can be obtained for RM 839 while the smaller AOpen 24MV1Y P gaming monitor goes for RM 599. However, you can get it for slightly less at RM 759 and RM 569, respectively during the special launch sale that is happening as we speak on Lazada as well as another session that is going to take place tomorrow at Shopee.