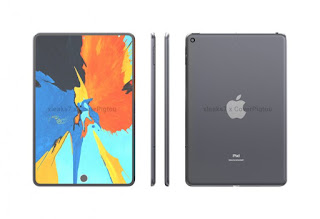 Earlier rumours regarding upcoming Apple products such as the 2021 iPhone and MacBook Pro suggests major changes may be happening to their designs. A new leak had recently surfaced online, claiming that a drastic design change is also expected on this year’s model of the iPad mini.
Uploaded by leakster @xleaks7, in collaboration with Italian website CoverPigtou, is a series of renders depicting what is said to be the 2021 iPad mini 6 – claimed to be based on leaked CAD files from Apple. What is surprising about this leak is that the images reveal that the new tablet features an all-screen design that is reminiscent of the iPad Pro series, but with noticeable differences. It is shown to have thinner bezels than the Pro and most interestingly, two in-display punch-hole cutouts: a smaller hole on top for the front-facing camera and a larger one below for the home button (believed to also feature Touch ID). 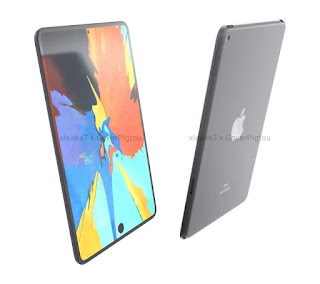 This leak will certainly raise eyebrows of both fans and skeptics alike, as it would be highly unlikely that Apple would want to debut a new design language on an iPad mini instead of a flagship device or even the iPad Air. But it does make sense in a way since the company has never included its Face ID feature on the minis, which usually require a larger bezel or notch.

Moving on. While the front design of the iPad mini 6 is shown to exhibit a major design change, the same cannot be said for its rear case, however. The renders reveal that not much has changed for this part of the device, sans some minute difference when compared to its predecessors. 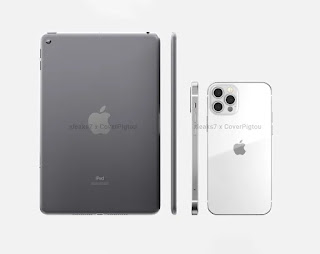 Coverpigtou says that the new iPad mini’s dimensions are the same as before, coming in at 203.2 x 134.8 x 6.25mm. It added that with the thinner bezels and dual punch-holes would enable the device’s display to expand up to 9.15-inches, which is a significant boost from the 7.9-inch screen featured on the previous model.
As always with such leaks and hearsays, we highly advise our readers to take information such as these with a pinch of salt. Should this leak prove to be accurate in the not so distant future, Apple would be the first company to ever introduce a dual in-display punch-holes approach to a smart device.
At this time, there’s no word on when the company plans to unveil its next generation iPad mini, let alone other models of its tablet line-up. But for reference, Apple launched the current versions of its iPad mini and iPad Air in March 2019, so an announcement could be expected in the coming weeks – again, provided that this leak is to be believed.
at January 25, 2021
Email ThisBlogThis!Share to TwitterShare to FacebookShare to Pinterest
Labels: Alleged, Apple Ipad mini 6, Dual In-Display, Leak, Punch-Holes, Suggests