Amazon Prime Is Too Hard To Cancel, Consumer Groups Say 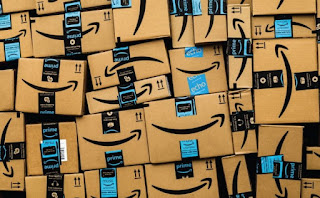 Consumer groups in Europe and the United States are urging regulators to investigate Amazon for deliberately making it hard for people to unsubscribe from Amazon Prime service. At the heart of the issue is the numerous hurdles – described by critics as deceptive and “manipulative” – subscribers must jump through before cancellation is finalized.
Forbrukerrådet, Norway’s state-backed consumer protection watchdog, found that if you wanted to kill your subscription for good, you’d have to go through multiple pages and pick between confusing choices along the way. “Throughout the process, Amazon manipulates users through wording and graphic design,” the group said.
“It should be as easy to end a subscription as it was to subscribe in the first place. Amazon should facilitate a good user experience instead of hindering customers and tricking them into continuing paid services they do not need or want,” said the group’s director of digital policy, Finn Lützow-Holm Myrstad.
Perhaps the best illustration of the problem is provided by the watchdog itself in an easy-to-understand YouTube video. You can watch it here:

For its part, Amazon strenuously denies the accusations, saying that the Prime cancellation process is “clear and easy.” According to Bloomberg, Amazon said, “Customer trust is at the heart of all of our products and services and we strongly disagree with any claim that our cancellation process creates uncertainty.” The company added, “The information we provide in the online cancellation flow gives a full view of the benefits and services members are canceling.”

Critics argue that Amazon is violating the law. The Norwegian consumer watchdog lodged a legal complaint with the country’s regulators, while US consumer group Public Citizen has also asked federal regulators to see if Amazon violated the Federal Trade Commission Act. And this may only be the beginning as numerous consumer groups across Europe expressed interest in joining the fray.

at January 16, 2021
Email ThisBlogThis!Share to TwitterShare to FacebookShare to Pinterest
Labels: Amazon, Hard to cancel, Prime