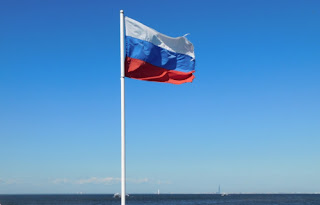 Russia shocked the world in August when it approved a COVID-19 vaccine based on early data, leapfrogging global vaccine players like Pfizer and AstraZeneca. Now, the vaccine’s maker is reporting data from nearly 19,000 people showing it is more than 90% effective.

The phase 3 study is testing the vaccine, developed by the state-backed Gamaleya Research Center, in 40,000 people. Dubbed Sputnik V after the Russian satellite that beat the U.S. into orbit during the space-race era, the vaccine is given in two doses three weeks apart. So far, more than 19,000 of the volunteers have received both doses.Preliminary data taken 42 days after the first shot—and 21 days after the second shot—showed the vaccine was more than 95% effective, the Gamaleya Center said in a statement Tuesday. A second analysis of more than 18,700 people done 28 days after the first dose—and a week after the second dose—found that the vaccine was 91.4% effective.So far, there were 39 cases of COVID-19, which triggered the analysis. Of the 14,095 people who received the vaccine, only eight, or 0.06%, developed COVID-19. As for the 4,699 people who received placebo, 31, or 0.66%, developed COVID-19.So far, there were no unexpected side effects, the Gamaleya Center said. Some of the vaccinated volunteers had short-lived side effects, such as pain at the injection site and flu-like symptoms including fever, weakness, fatigue and headache.The researchers will publish the interim data in a peer-reviewed journal, according to the statement. The investigators will carry out the next analysis when the study reaches 78 COVID-19 cases.Russia had approved the vaccine months ago, with less than two months of human testing and without having begun late-stage trials, Reuters reported at the time. The approval was based on “the equivalent of phase 1 data,” former FDA Commissioner Scott Gottlieb, M.D., tweeted in response to the news.Dismissing critics, Russia's president Vladimir Putin said on state TV the vaccine “works quite effectively, forms strong immunity, and, I repeat, it has passed all the needed checks,” as quoted by Reuters.The Sputnik V data come after Moderna, partners Pfizer and BioNTech, and AstraZeneca unveiled late-phase COVID-19 data. Moderna and Pfizer both hit efficacy numbers around 95%, while AstraZeneca’s vaccine was 70% effective. That 70% figure is the average of two dosing regimens—nearly 9,000 people in the study received the same dose for their first and second shots, while a smaller group of more than 2,700 people got a half dose to start, followed by a full booster shot. The latter regimen was 90% effective. But the relatively small number of people in that group make it hard to draw conclusions about the finding.
at January 16, 2021
Email ThisBlogThis!Share to TwitterShare to FacebookShare to Pinterest