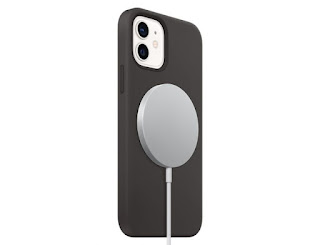 Apple is asking customers to keep their iPhone 12 and MagSafe accessories away from medical implants like pacemakers and defibrillators. In an updated support document, the tech giant said that those products contain magnets and radios that could interfere with medical devices.
“To avoid any potential interactions with these [medical] devices, keep your iPhone and MagSafe accessories a safe distance away from your device (more than 6 inches / 15 cm apart or more than 12 inches / 30 cm apart if wirelessly charging),” said Apple.
However, Apple also emphasized that while “all iPhone 12 models contain more magnets than prior iPhone models, they’re not expected to pose a greater risk of magnetic interference to medical devices than prior iPhone models.” So, make of that what you will. 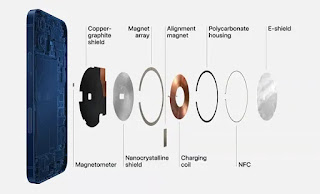 Medical devices are potentially vulnerable to the electromagnetic fields generated by magnets and radios. A medical study published just this month said, “Once the iPhone was brought close to the ICD over the left chest area, immediate suspension of ICD therapies was noted which persisted for the duration of the test.”

ICD stands for implantable cardioverter defibrillator which is used to monitor heartbeats and to fix them if they’re irregular (eg. life-threatening) with electric shocks.

Citing current research, the US FDA (Food and Drug Administration) maintains that “cell phones do not seem to pose a significant health problem for pacemaker wearers.” But it also advises people to hold their phone to the ear opposite the side of the body where the pacemaker is and to avoid keeping their phone in a pocket near or above the pacemaker.

at January 25, 2021
Email ThisBlogThis!Share to TwitterShare to FacebookShare to Pinterest
Labels: Apple