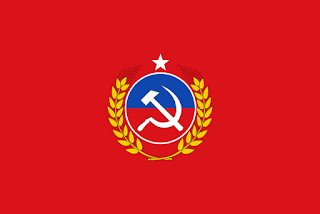 Chile is actually the richest country in all of South America with exceedingly high living standards as well as a well-developed economy. Areas such as mining, manufacturing, personal services, and retail trade have bolstered the economy and made the country a leading contender in wealth on the world circuit, not just the Latin American circuit.
The Republic of Chile, a thin strip of land right along the Pacific Ocean, is the richest country is South America. Chile is almost a sleeper country. It’s probably most famous for the Nobel Prize-winning poets it has produced over the years. After all, Chile is often referred to as the país de poetas or country of poets. While this may be true in some way, Chile offers more than many give it credit for. For one, Chile is known for the Andes Mountains that cover about 80% of the entire country. This interesting fact actually comes into play with the country’s economy, since this geographical feature makes only 3.8% of Chilean land arable. Chile is also known for its many volcanoes—90 to be exact. The driest desert on Earth can also be found in Chile, the Atacama Desert.There are many other geographical and ecological factors that make up Chile. While Chile in its natural state is breathtaking, the urban development in the country is just as impressive. Chile has one of the highest standards of living in all of South America. Although there’s a huge disparity between the living conditions of the wealthy and the poor, there are plenty of opportunities for economical growth for every Chilean citizen. It’s not surprising to hear that Chile has the lowest level of poverty among all Latin American nations, but it’s impressive considering the country’s population of almost 19 million.
Once a Communist State just like Vietnam and China, Chile is today's South America's wealthiest nation probably rivaling even in terms of economic activities and development.Chilean wineries are beginning to get the world's attention and they say Chile produces some of the finest wines and foods in the world.Chile Is In The Air
Atacama Chile - Musical Tour of a World-Class Destination
Also the capital Santiago is an ultra modern city nestled between nature and Andes mountains which gives it one of the most spectacular background sceneries which pales cities such as Melbourne and Vancouver.People are also friendlier and less materialistic in Chile.
at January 25, 2021
Email ThisBlogThis!Share to TwitterShare to FacebookShare to Pinterest
Labels: Chile, South America Vitnam