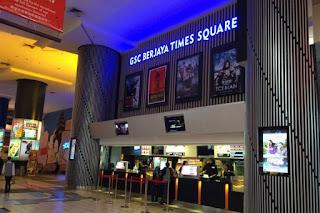 The COVID-19 pandemic has obviously not been good for cinemas. And it’s hitting GSC pretty hard. The cinema chain has announced that it’s closing two outlets, the ones in Cheras Leisure Mall and Berjaya Times Square.
GSC made the announcement via its official Facebook page. The statement itself attributes the CMCO as the reason behind the closures. But on the flip side, the company says to keep an eye out for its reopening in the Klang Valley. Of course, it’s too early to give a specific fate for any of that. 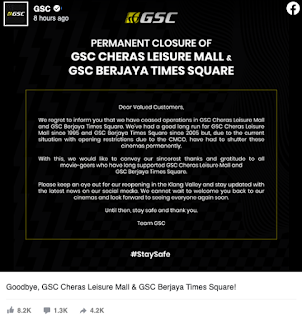 It’s a little sad for moviegoes who have frequented these two specific GSC outlets. The company also points out that the one in Cheras Leisure Mall was operated since 1995, and the one in Berjaya Times Square started a decade later, in 2005. This also means that the company lost two outlets in the Bukit Bintang area in the span of a year.

And with the number of cases in the country hitting new highs in recent weeks, the situation will likely remain unchanged for quite awhile. Hopefully no other outlets suffer the same fate in the meantime, which is a possibility that should not be discounted.